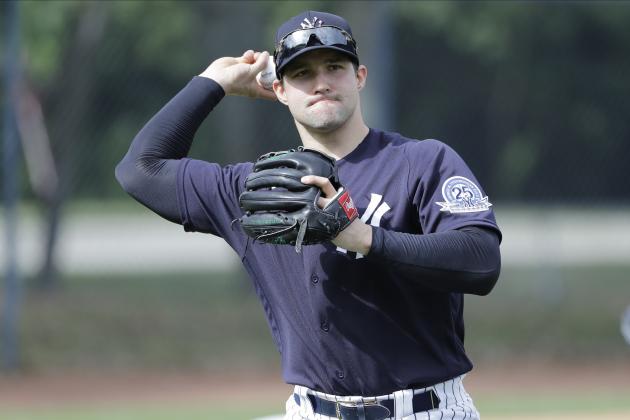 Aaron Boone announces Tommy Kahnle will get Tommy John surgery. Kahnle got an MRI today and was placed on the 10-day IL (retroactive to 7/28) with a right UCL injury but now they won't see him again until at least 2021.

Kahnle had been dependable throughout his career, appearing in 72 games last year with a 3.67 ERA and 1.060 WHIP to go with 88 strikeouts and 20 walks in 61.1 innings pitched.

The 30-year-old could return during the 2021 season at the earliest.

If the Yankees have a weakness this season, it may reside in the bullpen. That'll put extra pressure on the likes of Chad Green, Adam Ottavino and Zack Britton to remain sturdy in later innings and help protect leads. Britton and Ottavino both have a strong history in their respective setup and closer roles, but in a season that requires more adjustment than ever, things can change in a hurry.

Kahnle only made one appearance this season, earning a hold over one inning with three strikeouts, one hit and one walk.

The Yankees brought the reliever back at the trade deadline in 2017 in a deal with the White Sox that included Todd Frazier and David Robertson heading to New York and Blake Rutherford, Tyler Clippard, Ian Clarkin and Tito Polo going to Chicago.

Kahnle was originally drafted by the Yankees in 2010 but ended up in the Colorado Rockies in 2013 via the Rule 5 draft. He earned notoriety out of the White Sox bullpen and earned himself a ticket back to New York as the club continued to rebuild.