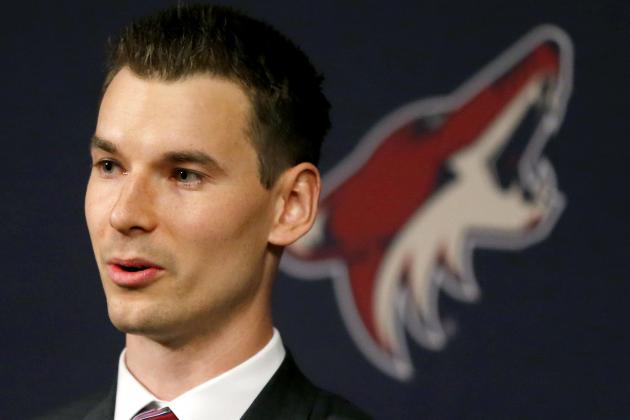 The NHL season isn't set to restart until Saturday, but there has been plenty happening around the league.

"The Club is disappointed in his actions and his timing as the Coyotes prepare to enter the NHL's hub city of Edmonton, where the team will begin postseason play for the first time since 2012," the team said in a statement.

The timing is certainly curious. As the statement pointed out, the Coyotes are scheduled for a best-of-five playoff qualifier against the Nashville Predators.

According to Sportsnet's Elliotte Friedman, Chayka's relationship with Arizona became strained when he sought a position elsewhere. Per Friedman, that "elsewhere" might have been the New Jersey Devils:

"From what I understand, it is a major position in an organization that owns teams in more than one sport. The leader in the clubhouse is New Jersey. David Blitzer and Joshua Harris, owners of the Devils, also run the Philadelphia 76ers and Crystal Palace of the English Premier League, and are serious bidders for the New York Mets."

While Chayka plots his next move, the Coyotes will proceed with Steve Sullivan as interim general manager. 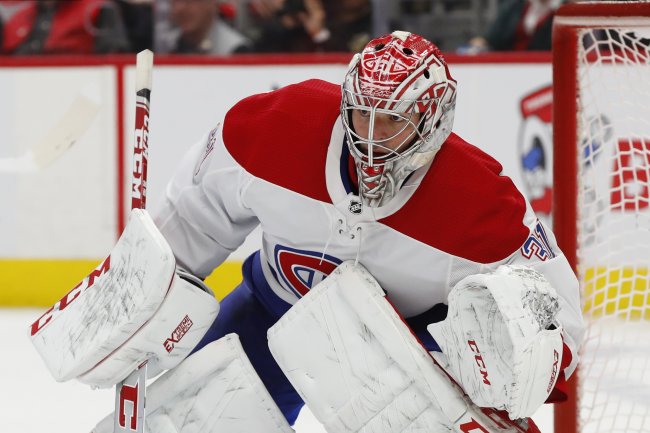 Like the Coyotes, the Montreal Canadiens are scheduled for a play-in series. As the 24th seed, Montreal is a long shot, but it can make the playoffs proper by winning three games against the Pittsburgh Penguins.

Even if the Canadiens can't make it past Pittsburgh, it's unlikely that it will have an impact on Carey Price's future. The soon-to-be 33-year-old goaltender could be an intriguing trade option if Montreal engages in a rebuild. He's in just his second year of an eight-year, $84 million contract.

According to Sportsnet's Eric Engels, however, a trade isn't a realistic follow up to the playoffs:

"Even if they know that any success they have will be tied to Carey Price's performance, they also know that he can't be expected to carry them without any help. ... That said, obviously management isn't going to be particularly thrilled if the team plays exceptionally well and Price proves unreliable. But even something like that could boil down to the uniqueness of this unprecedented situation. And the Canadiens aren't looking to trade Price one way or the other."

While there's a good chance Montreal won't employ Price for the duration of his contract, Canadiens fans can expect him to be on the ice when the 2020-21 season kicks off.

The Buffalo Sabres are one of the seven teams that did not qualify for the restart, but they haven't just been sitting idle.

First-year general manager Kevyn Adams and Co. have been deciding what to do with the eighth overall pick in October's draft.

One of Buffalo's options is to trade the selection. According to The Athletic's John Vogl, this will be a situation worth following.

"This will be the biggest thing to watch between now and the October draft," he wrote. "There's no wrong answer for general manager Kevyn Adams—but there's no right one, either."

Adams' decision could hinge on how he views his team's playoff chances.

One player the Sabres won't have next season is defenseman Lawrence Pilut. He was set to become a restricted free agent this offseason, but he decided in May to sign with the KHL's Traktor Chelyabinsk instead.

According to Lance Lysowski of The Buffalo News, the 24-year-old's decision was based on Buffalo's refusal to give him a one-way contract:

"Multiple sources familiar with the negotiations told The Buffalo News that previous Sabres management, led by former general manager Jason Botterill, declined to meet Lawrence Pilut's request for a one-way contract, which would pay Pilut the same amount if he was assigned to the AHL's Rochester Americans. The sources added the Sabres did not present Pilut with a one-way offer until after the KHL deal was complete."

Pilut only appeared in 13 games for the Sabres, so this is largely just a loss of depth. And if the Swede decides to resume his NHL career, they will hold his rights until he's 27.