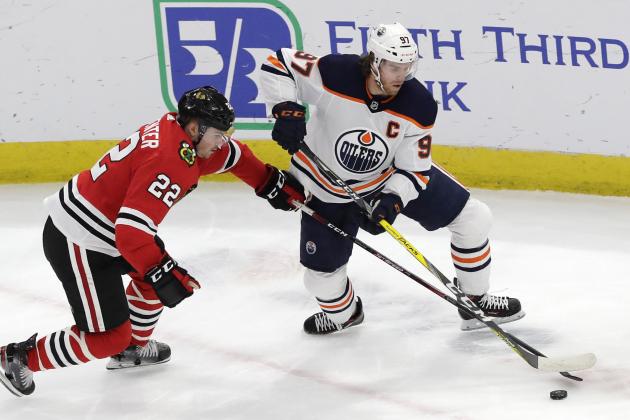 Following a nearly five-month layoff because of the COVID-19 pandemic, the NHL returns to action Aug. 1.

With the regular season prematurely ended in mid-March, the league is staging a return-to-play plan with a 24-team tournament in two hub cities in Canada in order to crown this season's Stanley Cup champion. The top 12 teams from the Eastern Conference will play in Toronto, and the top 12 in the Western Conference square off in Edmonton, Alberta.

While the top four teams in each conference will play a round-robin to determine seeding for the opening round of the playoffs, the remaining 16 clubs will face off in eight best-of-five qualifying series to decide who goes on to the opening round.

This one-time change of format has brought about several interesting matchups featuring clubs that wouldn't have qualified under normal circumstances. With teams starting on the same footing, there could be some surprises once play gets underway Saturday.

The following is a brief preview of the qualifying round, with predicted outcomes for each series.

The Penguins' depth and veteran experience allowed them to remain a playoff club throughout this season even though they lost core players such as Sidney Crosby and Jake Guentzel to injuries. With a healthy roster and plenty of skilled talent led by Crosby, Guentzel, Evgeni Malkin and Kris Letang, the Penguins have considerable Stanley Cup experience.

A promising start to this season by the Canadiens gradually unraveled as injuries and inconsistent play sent them tumbling in the standings. Goaltender Carey Price is capable of stealing this short series, defenseman Shea Weber remains a force on the blue line and forwards Jonathan Drouin, Tomas Tatar and the promising Jesperi Kotkaniemi have returned to the lineup.

Anything can happen in a short series following a long period of inactivity. Nevertheless, the Canadiens are a rebuilding club lacking sufficient talent to upset the powerful Penguins. With Crosby and Malkin leading the way, the Pens should make short work of the Habs. Penguins in three.

Powered by superstar captain Connor McDavid and 2019-20 Art Ross Trophy winner (and Hart Memorial Trophy finalist) Leon Draisaitl, the Oilers were a much-improved team. Promising youngsters Kailer Yamamoto and Ethan Bear had solid performances. With 3.03 goals against per game played, the goaltending tandem of Mikko Koskinen and Mike Smith was shaky at times.

The once-mighty Blackhawks continued retooling their veteran-laden lineup. Leading scorer Patrick Kane (84 points) and captain Jonathan Toews bring plenty of skill and leadership. Rookie Dominik Kubalik (30 goals) is a finalist for the Calder Memorial Trophy. Starting goalie Corey Crawford has returned after missing the start of training camp because of COVID-19, but the porous blue line remains a concern.

The Blackhawks bring considerable postseason experience to this series, but it won't be enough against the hungry young Oilers. With McDavid, 23, and Draisaitl, 24, heading the attack, Edmonton's fleet-footed young guns should make short work of Chicago. Oilers in three.

The Hurricanes look like a team on the rise in the East after ending a decade-long playoff drought last year. Young stars Sebastian Aho and Andrei Svechnikov power their scoring punch. Despite defenseman Dougie Hamilton's recent injury woes and Brett Pesce's ongoing absence, the defense corps remains deep. Goaltending could be an issue as James Reimer and Petr Mrazek possess losing postseason records.

The rebuilding Rangers made significant improvements this season. Buoyed by Hart Memorial Trophy finalist Artemi Panarin, 41-goal scorer Mika Zibanejad and rookie goalie Igor Shesterkin, the Blueshirts made a late charge in the standings before the shutdown. Power forward Chris Kreider recovered from his late-season leg injury and returned to the lineup.

This should be an entertaining, close-fought matchup between two surging clubs. It could go either way, but the Hurricanes' blue-line depth and new-found playoff experience could make the difference. Hurricanes in five.

The Predators were in danger of falling out of playoff contention, but they righted the ship when John Hynes took over as head coach Jan. 7. Nevertheless, some issues linger. Scoring forwards Filip Forsberg, Matt Duchene and Ryan Johansen had disappointing numbers this season. 2018 Vezina Trophy winner Pekka Rinne struggled this season, posting a career-worst 3.17 goals-against average and a .895 save percentage.

The Coyotes struggled to remain in the playoff chase during the final weeks of the regular season. Veteran forwards Taylor Hall and Phil Kessel will be expected to carry the offensive load. The goaltending depth should improve with Darcy Kuemper now healthy after missing most of the second half of the season. However, the recent departure of general manager John Chayka could become an unnecessary distraction.

The Coyotes had better goaltending and special teams stats this season, but the Predators have the advantage in playoff experience and veteran scoring depth. Those factors should make the difference in this series. Predators in four.

Led by Aleksander Barkov and Jonathan Huberdeau, the Panthers were sixth in scoring with a goals-per-game average of 3.30. Unfortunately, their goals-against average (3.25) was among the worst leaguewide, as netminder Sergei Bobrovsky struggled in his first season in Florida. Their defensive play was sloppy throughout 2019-20 too.

Thanks to head coach Barry Trotz's guidance, the Islanders were among the league's better defensive teams. Goalies Semyon Varlamov and Thomas Greiss combined for the ninth-lowest goals-against average (2.79). However, their goals-per-game average (2.78) ranked 22nd. Trade-deadline acquisition Jean-Gabriel Pageau had yet to make an impact before the schedule was paused.

If Bobrovsky can regain his Vezina Trophy form, the Panthers could pull off an upset. However, the Islanders' disciplined defensive system could make life miserable for Florida's scorers. Last season's playoff experience should also give them an edge. Islanders in five.

The rebuilding Canucks were in playoff contention for most of the season but were stumbling by mid-March. Thanks in part to leading scorers J.T. Miller, Elias Pettersson, Bo Horvat and Quinn Hughes, their 3.25 goals-per-game average was the league's eighth-highest. While Hughes was a Calder Trophy finalist, they've had blue-line depth issues and keenly felt goalie Jacob Markstrom's absence to a late-season knee injury.

In danger of falling out of the Western playoff chase by mid-February, the Wild turned things around by promoting Dean Evason to head coach. They've retooled their roster with younger talent like defenseman Matt Dumba and winger Kevin Fiala, but they still rely heavily on veterans such as winger Zach Parise, defenseman Ryan Suter and center Eric Staal.

This will be an interesting matchup. The Wild have the advantage in experience and leadership, but the Canucks are a hungry bunch with rising young talent. Having a healthy Markstrom back in the lineup could tilt this series in their favor. Canucks in four.

The Maple Leafs (eighth in the Eastern Conference ) and Blue Jackets (ninth) finished with identical points (81) and winning percentage (.579). The Leafs (36 wins, 25 losses, nine overtime losses) finished ahead of the Jackets (33-22-15) on the basis of most wins.

Led by John Tavares, Auston Matthews, Mitch Marner and a resurgent William Nylander, the Leafs finished third in goals for per game (3.39), while their power-play percentage (23.1) was the league's sixth-highest. Inconsistency from overworked starting goalie Frederik Andersen and the defense, however, resulted in the league's sixth-highest goals-against average (3.17).

The Leafs have the edge in firepower, but the Jackets have the advantage in goaltending and defensive depth. They also have the experience of upsetting heavily favored Tampa Bay Lightning in last year's playoffs, while the Leafs haven't won a playoff round since 2004. Blue Jackets in four.

The Jets finished ahead of the Flames in points (80-79), but the Flames finished eighth in the Western Conference because their winning percentage (.564) was one point better than the Jets.

After finishing atop the Western Conference last season, the Flames jockeyed to hang on to a playoff berth by mid-March. Scoring forwards Johnny Gaudreau, Sean Monahan and Elias Lindholm had subpar numbers. The blue line was riddled with injuries, while David Rittich has yet to nail down the starting goalie job.

This could be a close, entertaining contest between the two Canadian franchises. The Flames' blue-line core is healthier, but they will need more from their scoring stars than they got during the regular season. The Jets' defense remains an area of concern, although Hellebuyck could make the difference. Jets in five.