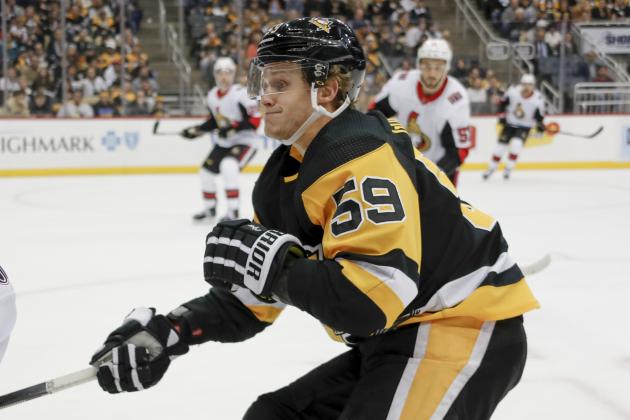 The common theme across the four NHL Eastern Conference qualifying-round series is each top seed became healthier during the extended shutdown.

Pittsburgh, Carolina, Toronto and the New York Islanders bring back key pieces who may not have contributed for the whole of a regular postseason.

The quartet of teams need to win a best-of-five series against the ninth- to 12th-best teams in the East based off points percentage to move into the traditional 16-team bracket.

All of the games will be held in the Toronto hub, with the New York Rangers and Carolina Hurricanes participating in Saturday's first contest.

No. 5 Pittsburgh over No. 12 Montreal

Pittsburgh has a much deeper collection of forwards than Montreal, and that disparity will grow with Jake Guentzel returning from shoulder surgery.

The 25-year-old had the procedure in December, and he was able to recover to play a part in Pittsburgh's playoff run due to the extended layoff caused by the coronavirus pandemic.

Guentzel has 24 goals and 19 assists in 41 postseason contests. Thirteen of those goals occurred during Pittsburgh's Stanley Cup run in 2016.

Pittsburgh has seven forwards with more than 30 points, including Evgeni Malkin and Sidney Crosby. If the Penguins utilize their scoring depth in Toronto, they should cruise past the Canadiens.

However, there is one way Montreal sneaks into the round of 16, and that is through Carey Price. He has 60 playoff appearances and owns a save percentage over .900 for the 13th straight season.

The 32-year-old has a .907 save percentage and 2.95 goals against average in his career versus Pittsburgh, and if he holds it under three goals per game, Montreal has a chance to contend.

Carolina is historically poor against the Rangers.

The Hurricanes lost all four regular-season meetings to New York, and the Rangers have 31 wins since February 22, 2011 in the head-to-head series.

But Carolina could be in the best position possible to end that horrid run of form, with Dougie Hamilton and Sami Vatanen healthy in defense.

Hamilton could be the X-factor in the series on both sides of the ice. He is Carolina's top-scoring defenseman with 40 points and leads the squad with a plus-minus of 30 along with Jaccob Slavin.

New York won three games in a row on three occasions in the regular season, but before the shutdown, it went 2-5 in its final seven contests. Four of those defeats were against playoff qualifiers.

The Rangers conceded five or more goals in 17 games, and if they fail to halt Sebastian Aho and others, they could have a short trip to Toronto.

No. 7 New York Islanders over No. 10 Florida

The Islanders should feel confident in their series with Florida since they swept the season series and have added depth with the returns of Casey Cizikas, Johnny Boychuk and Adam Pelech.

Those three players, Josh Bailey and Jordan Eberle finished with over 40 points, with Nelson and Lee both hitting the 20-goal mark.

The Islanders face a similar threat as the Penguins, and they could be stopped by a streaky experienced goalie in Sergei Bobrovsky, who picked up nine of his 11 playoff wins with the Columbus Blue Jackets from 2017-19.

New York can avoid falling to Bobrovsky in close games by limiting Florida's offensive output. In three regular-season games, the Islanders allowed the Panthers to take over 30 shots.

If the Islanders benefit from their scoring depth and limit Florida's production, they should move on to the round of 16.

On paper, the Toronto-Columbus matchup may be the closest, but an argument can be made that the Maple Leafs have the biggest advantage in any East qualifying-round series.

They will be playing on their home ice, which could give them an advantage when it comes to little things such as playing the right bounces off the boards.

Toronto was 18-9-7 at Scotiabank Arena and has an attacking trio in Auston Matthews, Mitch Marner and John Tavares that could overwhelm Columbus' defense.

Jake Muzzin, who has 23 points and a plus-minus of 12, is back after missing six games with a hand injury.

Toronto had the third-best scoring unit in the East in the regular season, and if its three top scorers thrive, it could open up a Columbus defense that conceded the second-fewest tallies in the East.