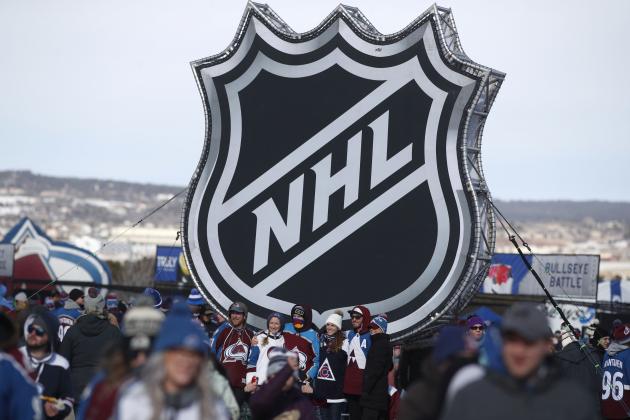 No NHL players tested positive for COVID-19 from 4,256 tests between the time period of July 18-25, the league announced Monday.

That followed just two positive tests for the coronavirus between July 13-17.

On Sunday, the 24 teams participating in the NHL's restart—essentially an expanded postseason—traveled to the two Canadian host cities, Toronto and Edmonton, Alberta. Like the NBA, the NHL is taking the bubble approach to curbing the coronavirus amid its return to play.

That has worked for the NBA—which has 22 teams in a bubble environment in Orlando, Florida—thus far. There were zero positive test results for the coronavirus among the league's players in its July 13-20 testing period. The NBA's scrimmages ahead of the season restart began this week.

Contrast that to MLB, which finds itself in something of a crisis after 11 players and two coaches on the Miami Marlins tested positive for the coronavirus in the past four days, according to Barry Jackson of the Miami Herald.

That forced MLB to postpone the team's upcoming game against the Baltimore Orioles and the Philadelphia Phillies' meeting with the New York Yankees (the Phillies just played a series against the Marlins).

While the NHL and NBA are taking the bubble approach, MLB teams are traveling around the country as per usual, with the exception of having no fans in attendance. Only the Toronto Blue Jays are unable to host games in their home stadium after Canada's government decided it wasn't safe for the team's players to travel to and from the United States.

The Blue Jays will instead be hosting their games at Sahlen Field in Buffalo starting in August.

As for the NHL, its expanded postseason is set to begin Saturday.