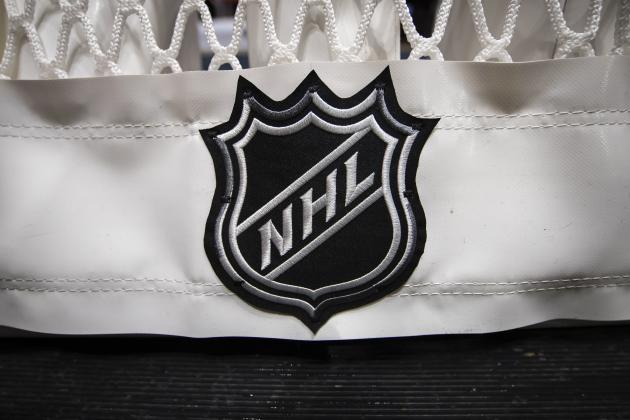 As the NHL continues to ramp up to its restart, fans will be kept in the dark about players' ailments.

The league announced Saturday that teams will be barred from disclosing injuries or cases of the coronavirus beginning with the move to Phase 3 on Monday after an agreement with the NHL Players' Association.

Update on injury reporting for 2020 Return to Play. pic.twitter.com/d1lmNMMTbH

"This policy was adopted out of respect for an individual player's right to medical privacy," the NHL and players' union said in a statement.

Testing for COVID-19 will continue, but the league will only reveal the number of positive tests.

The NHL allows teams to hide specific injury details, deferring instead to ambiguous terms such as "upper-body injury" or "lower-body injury." But under the new policy, teams won't be able to even go that far.

Critics of the new rule argue the lack of public information will lead to rampant speculation over the status of players.

It's understandable given the nature of what we're dealing with here, but this approach is going to open up all kinds of speculation when players aren't in the lineup once the games get going https://t.co/zm9EdKGdEJ

Now in writing officially. If a player for example misses one game a team is actually forbidden from saying why. This of course will lead to some social media speculation that could have been avoided https://t.co/7NoW4H5Cgq

Brutal. Stupid.
No covid list like baseball. No upper or lower. The gambling interests be damned. https://t.co/7SzKdgfrrr

Yet even the league's normal policy of not requiring teams to disclose injuries had a number of prominent detractors.

Chris Nowinski, co-founder and CEO of the Concussion Legacy Foundation, explained the dangers of the policy to Curtis Rush and Isabelle Khurshudyan of the Washington Post in 2018:

"By hiding the final diagnosis, they avoid public scrutiny on their decisions to allow players to continue playing despite showing concussion signs on the ice. Hiding the injury is also confusing to their audience, which includes youth hockey players and parents. Every properly managed concussion in a professional game is an educational opportunity, and by hiding the diagnosis, the NHL is promoting confusion around concussion signs in NHL players."

Part of the conventional wisdom is that if injuries are disclosed, opposing players may target those areas in an attempt to force athletes out of games or make injuries worse. However, former coach Ken Hitchcock told the Post that logic doesn't hold up.

"The players don't go out and say, 'He has a broken left pinkie, and we're going to go after that pinkie,'" Hitchcock said. "Nobody thinks like that."