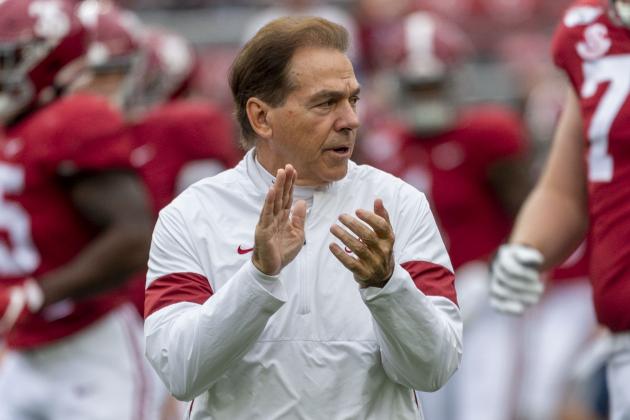 Damon Payne, the No. 1 defensive tackle in the class of 2021, commits to @AlabamaFTBL!@247recruiting | @247sports | @BamaOnLine247 pic.twitter.com/fRexH9sife

Payne is the nation's No. 14 overall recruit and top-ranked player in the state of Michigan, per 247Sports. Listed at 6'3" and 297 pounds, Payne has been a dominant physical force throughout his time at Belleville High School.

"I would say I'm pretty twitchy. I feel I get off the ball very well," Payne said, per Rob Werner of 247Sports. "My lateral quickness is one of my strengths, along with my flexibility."

Payne should serve as a foundational defensive presence in the Crimson Tide's 2021 class. Alabama sits second in 247Sports' recruiting rankings, with Payne being the 13th player with at least a 4-star distinction.

Allen Trieu of 247Sports projected Payne as an early-round NFL selection, comparing him to Philadelphia Eagles star Fletcher Cox. If Payne produces at anything close to Cox's level, the Crimson Tide may wind up with one of the best defensive players in the country.