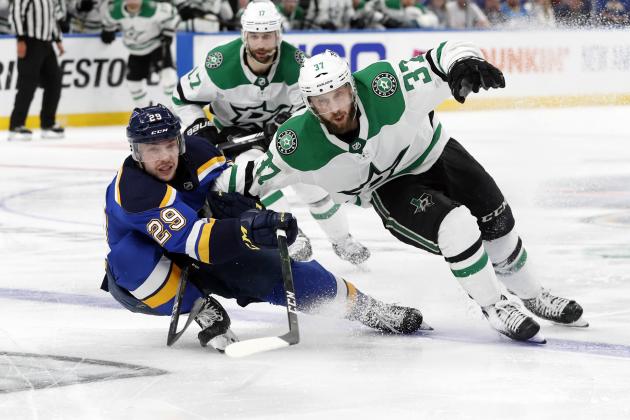 The executive board of the National Hockey League Players' Association has agreed to move forward with further negotiations over the league's plan for a 24-team playoff tournament following a vote that lasted from Thursday afternoon to Friday evening.

The NHLPA Executive Board has authorized further negotiations with the NHL on a 24-team return to play format, subject to reaching an overall agreement with the League on resuming the 2019-20 season: https://t.co/SIzQYyooEE pic.twitter.com/9TftmApiGJ

According to TSN's Bob McKenzie, the union held a contentious call Thursday before balloting began but managed to gain at least 18 of the 31 votes needed to move forward with the Return to Play proposal.

We are not, however, expecting that format announcement to come with any timetable or critical date roll-out, not yet anyway.

McKenzie notes an official league announcement may still be days away regardless of the NHLPA signing off.

The approval does not mean the NHL is set to resume or even provide a timeline; rather, it gives the league office a framework to build around as it looks to salvage the 2019-20 season and crown a Stanley Cup champion.

Plenty of crucial details about the NHL's plan remain unknown. There are still few answers on how the league will handle testing of players and staff, what would happen should someone test positive and where the games will take place.

ESPN's Greg Wyshynski reported the NHL is increasingly focused on using two cities as hubs for the tournament, but deputy commissioner Bill Daley would not confirm either way, telling ESPN he doesn't "want to jump the gun on anything."

What Friday's vote did help decide is whether this is the path the players want to pursue as the league works toward solving those questions.

Under the proposed tournament format, the top four teams in each conference would receive first-round byes, though to avoid a detrimental layoff, the teams would play a three-game round-robin tournament.

The teams seeded No. 5 through No. 12, meanwhile, would use a play-in tournament featuring a best-of-five format to determine who advances to face the top four seeds.

Here's how that's expected to look in practice.

No. 5 Edmonton Oilers vs. No. 12 Chicago Blackhawks, winner to face No. 4 Dallas Stars

No. 6 Nashville Predators vs. No. 11 Arizona Coyotes, winner to face No. 3 Vegas Golden Knights

No. 7 Vancouver Canucks vs. No. 10 Minnesota Wild, winner to face No. 2 Colorado Avalanche

No. 5 Pittsburgh Penguins vs. No. 12 Montreal Canadiens, winner to face No. 4 Philadelphia Flyers

No. 6 Carolina Hurricanes vs. No. 11 New York Rangers, winner to face No. 3 Washington Capitals

No. 7 New York Islanders vs. No. 10 Florida Panthers, winner to face No. 2 Tampa Bay Lightning

No. 8 Toronto Maple Leafs vs. No. 9 Columbus Blue Jackets, winner to face No. 1 Boston Bruins.

TSN's Frank Seravalli noted the exact seeding of the top four teams in each conference has not been decided and that there's a chance the round-robin could serve to reward the winners with a better seed.

The passing of the NHLPA vote does not signal the end of negotiations between the players and the league, either. As TSN's Darren Dreger noted, there are still plenty of additional details that would require some bargaining.

Before it gets to that point, however, the NHL wants to ensure it at least understands the parameters it's working with to resume play.

While some players like Pittsburgh Penguins defenseman Kris Letang aren't exactly thrilled with the current plan, he told Sportsnet's Elliotte Friedman he voted "yes" because "at the end of the day, nobody gets exactly what they want. But, we all want what is best for hockey and to continue to grow the game."