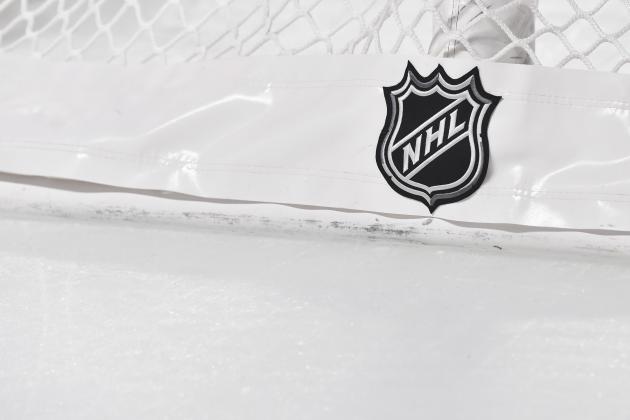 The 31 player representatives of the NHLPA Executive Board are voting on the league's 24-team return-to-play proposal, per The Athletic's Pierre LeBrun.

Voting is underway and could go into Friday, per LeBrun. Results are expected no later than Friday evening for the proposal, which would resume a season currently suspended because of the COVID-19 pandemic.

It’s my understanding NHLPA conference call tonight was spirited if not raucous. While exec committee voting won’t be finalized until Friday, some believe Don Fehr may already have or will get the mandate to accept NHL RTP plan but not overwhelmingly so. https://t.co/bZKaHU79jx

Frank Seravalli of TSN reported on the logistics of the 24-team format:

"In this 24-team proposal, the top 12 teams from each conference, based on points percentage, will play on, with the top four in the East and West (regardless of division) each receiving a bye to the actual playoff portion.

"Those top four teams would play each other in a three-game round robin. It remains unclear how exactly the round-robin formula will work, but the belief is that those games will not simply be warmup exhibitions – they could provide opportunity for those four teams to change their seeding.

"While that round-robin is occurring, the remaining eight teams would square off in best-of-five, play-in series.

"The winners of those play-in series would determine the 16 playoff teams, then be bracketed to start the chase for Lord Stanley."

The proposal is the idea of the Return to Play committee, which consists of members of the league and NHLPA, per Jimmy Hascup of USA Today.

Other logistics would still need to be ironed out, per Seravalli:

"Many hurdles remain, including development of a comprehensive COVID-19 testing plan, acquiring those needed tests, then putting the logistics into action to bring two or four arena complexes to life as host sites with hundreds of players, personnel, and support staff in the bubble.

"The NHL has focused recently on staging the 24-team resumption in two hub cities. Las Vegas is believed to be a front-runner – a city eager to host with ample hotel space to include players' families.

"Edmonton, Toronto and Vancouver have all jockeyed to host the NHL, but federal and provincial quarantine restrictions may limit their bids' viability. That would mark the first time the Stanley Cup playoffs have not been contested in Canada since 2015-16, when all seven Canadian clubs failed to qualify."

NHL Commissioner Gary Bettman said Monday, per ESPN's Emily Kaplan, that the league had narrowed down a list of potential hub cities to house around a dozen teams to eight or nine candidates. Kaplan also reported that Las Vegas, Minnesota, Edmonton, Toronto and Vancouver were among 15 cities to submit proposals to the NHL.

TSN's Darren Dreger said it's most likely to be a two-hub format and that some people believe that "Vegas is a lock" for one of the choices. He also reported that both hubs could be in one region as opposed to one in the east and one in the west.