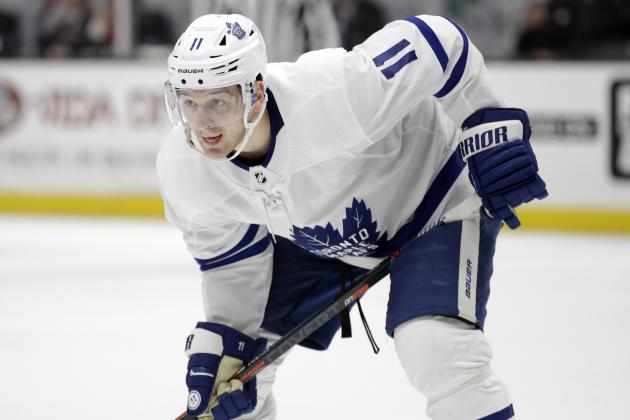 The Toronto Maple Leafs and Vegas Golden Knights each earned their first wins of the NHL 20 Player Gaming Challenge Thursday. Both grabbed two wins in a best-of-three series against the Philadelphia Flyers and Vancouver Canucks, respectively.

Zach Hyman took control of the Maple Leafs for the matchup against former teammate James van Riemsdyk, who was representing the Flyers.

Though Van Riemsdyk has more experience on the ice, Hyman is more of a veteran gamer with his own Twitch stream and esports organization:

He showcased his skill with the controls in the first game, overcoming a 2-0 deficit in the first period to come back with a 4-2 win.

There was even more drama in Game 2 as the Flyers scored five in a row to go up 6-5 in the third only for a last-minute Maple Leafs goal to force overtime. The game didn't end until Hyman knocked in the game-winner in double overtime.

Van Riemsdyk was able to salvage one game as the two played NHL Threes, squeezing out a 10-9 victory in the first-to-10 battle. The day ended on a successful penalty shot by Claude Giroux.

The second matchup was a four-way battle as Canucks teammates Thatcher Demko and Adam Gaudette faced Ryan Reaves and Alex Tuch of the Golden Knights.

Demko and Tuch were teammates at Boston College, but they were rivals in an exciting video game battle Thursday:

Interestingly, Demko didn't put himself in goal and instead started Jacob Markstrom because he thought it would give his team a better chance to win.

The first game went to Vegas in a 4-3 victory where five of the seven combined goals were scored in the third period. The Vancouver duo bounced back in Game 2 with a 3-1 win.

It all came down to NHL Threes in a first-to-five game, and the Golden Knights were able to come through with a 5-2 win.

The gaming challenge will continue Saturday with Victor Mete and Nick Suzuki of the Montreal Canadiens against Colton Parayko and Robert Thomas of the St. Louis Blues. The ongoing event will help fundraise money toward the CDC Foundation's coronavirus relief.