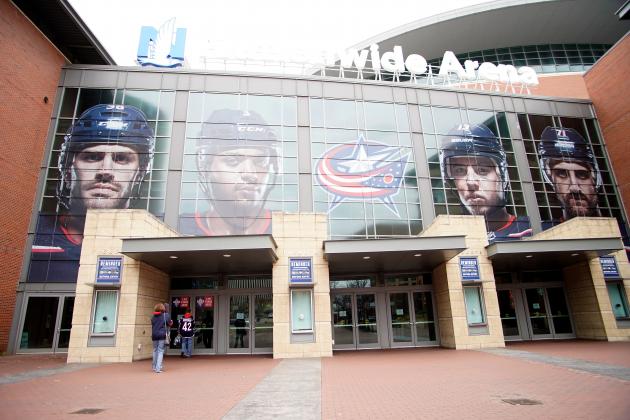 The NHL is reportedly planning to use two cities as hubs for a potential 24-team tournament this summer in lieu of completing the full 82-game regular season.

"Don't want to jump the gun on anything," Daly said.

The NHL is scheduled to host a call with the NHL Players' Association executive board Thursday, and return-to-play proposals will be discussed, per Sportsnet's Chris Johnston.

While nothing is close to being finalized between the players and the league, Sportsnet's Elliotte Friedman noted the plan provides a framework for the two sides to work with.

Instead of finishing out the regular season, the league would move to a 24-team Stanley Cup playoffs with a drastically different format than a normal postseason.

Based on conference standings when play was halted, the Boston Bruins, Tampa Bay Lightning, Washington Capitals, Philadelphia Flyers, St. Louis Blues, Colorado Avalanche, Vegas Golden Knights and Dallas Stars would all receive first-round byes—though they would play each other in a three-game tournament so they aren't sitting idly by.

Meanwhile, the remaining teams would play against each other in a best-of-five series for the official first round of the playoffs. All following series would move back to the normal best-of-seven format.

Here's how the remaining matchups would look:

No. 5 Edmonton Oilers vs. No. 12 Chicago Blackhawks

No. 7 Vancouver Canucks vs. No. 10 Minnesota Wild

No. 8 Calgary Flames vs. No. 9 Winnipeg Jets

No. 5 Pittsburgh Penguins vs. No. 12 Montreal Canadiens

No. 6 Carolina Hurricanes vs. No. 11 New York Rangers

What this plan does not cover is where games would take place, how many teams would be in each location, what COVID-19 testing procedures would be put in place and how to navigate heavy restrictions placed on entry through Canada's borders with the United States.

Those problems persist, and Johnston noted both the NHL and NHLPA are continuing to work to solve them together, yet the proposal is more to give both sides an idea of what they are working toward.