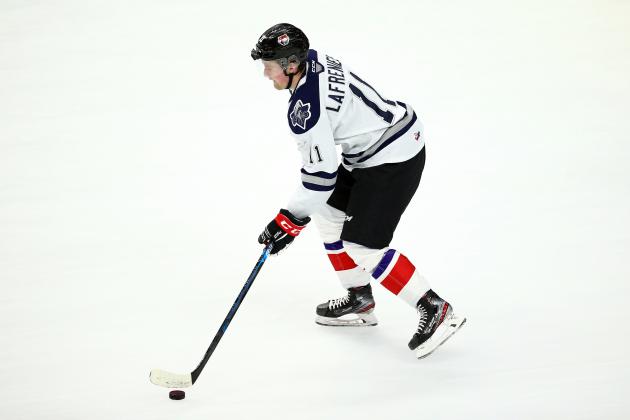 Alex Ovechkin, Sidney Crosby, Patrick Kane and Steven Stamkos are all NHL stars whose careers began as the No. 1 overall pick in the draft. At one time, they each had potential but needed to prove themselves at the professional level.

This year, another player will add his name to the list of No. 1 picks to open the 2020 NHL draft. And like those before him, he'll enter the league ready to make an impact and become a star for years to come, as will the other players who are selected during the annual event.

Here's what expert mock drafts are predicting for three of the best prospects in this year's class.

There won't be suspense at the start of the NHL draft—Alexis Lafreniere is going to be the No. 1 pick, and most mocks seem to agree on that. However, there's still one big question: Which team is going to own that top selection and acquire the left winger?

For now, many mocks are pointing to the Detroit Red Wings, who own the worst record in the NHL, as the first team on the clock. That's how NHL.com's recent mocks did its projections, with Adam Kimelman, Mike G. Morreale and Guillaume Lepage all sending Lafreniere to Detroit with the No. 1 pick.

However, perhaps a different team will end up with the No. 1 pick. The Ottawa Senators own their own selection (currently the second-best odds) and the San Jose Sharks' pick (third-best odds), and the Los Angeles Kings would currently have the fourth-best odds.

In a recent mock from Larry Fisher of the Hockey Writers, Lafreniere goes to the Kings at No. 1, which could be another potential landing spot.

So, while Detroit, Ottawa and Los Angeles all remain potential destinations for the 18-year-old Canadian, he's talented enough that it should make for an easy pick for the team fortunate enough to land the top selection.

Like Lafreniere at No. 1, Quinton Byfield is the overwhelming favorite to get selected at No. 2 in this year's draft.

The 6'4" Canadian center is poised to make an impact in the NHL, and with the Senators owning two picks so early, there's a strong chance that he will begin his career in Ottawa.

That's how Kimelman and Morreale have it unfolding, as the former noted Byfield has "everything a rebuilding team seeks" with his size, skating ability and skill set.

Morreale shared similar sentiments in praise of the 17-year-old's talent.

"The big left-shot center is a powerful skater with breakaway speed and an exceptional skill set," he wrote.

NBC Sports' Joe Haggerty also has Byfield going No. 2 to the Senators, but Lepage has things going a bit differently. In his mock, he has Ottawa taking left winger Tim Stutzle and defenseman Jamie Drysdale, which leaves Byfield to get selected by Los Angeles at No. 4.

Regardless, Byfield is sure to be an early pick. And even if he falls to No. 4, it won't change the fact that he's an exciting prospect who has the potential to develop into a star in the NHL. 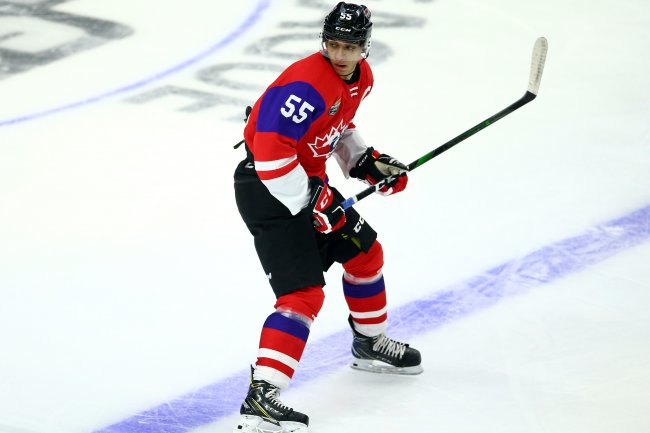 Jamie Drysdale is a popular choice to be the first defenseman selected in this year's draft.

While there are numerous talented defenders who will likely get drafted in the first round, perhaps none have as much potential as the 18-year-old, who experienced a measure of success while playing for the Erie Otters in the OHL.

Drysdale might get selected as high as the No. 3 pick, which is where Morreale and Lepage have him getting drafted by the Senators. With Ottawa owning two early picks, it might make sense for it to draft one offensive player and one defensive standout as potential franchise players for each end of the ice.

"Ottawa has built up its prospect base with forwards over the past few years," Lepage wrote. "Now the Senators can shore up their depth on defense by selecting the best player at his position in this class."

Others have the Canadian falling a bit lower in the top five. Kimelman projects him to be selected by the Anaheim Ducks with the No. 5 pick. In The Athletic's beat writers' mock, he went at No. 4 to the Kings.

There's a chance Drysdale could fall lower, but that will depend on which teams end up with the top-five picks. If there's no team that wants to add a defenseman and would rather add an offensive standout, maybe he will be selected later. But don't expect him to fall too far either way.