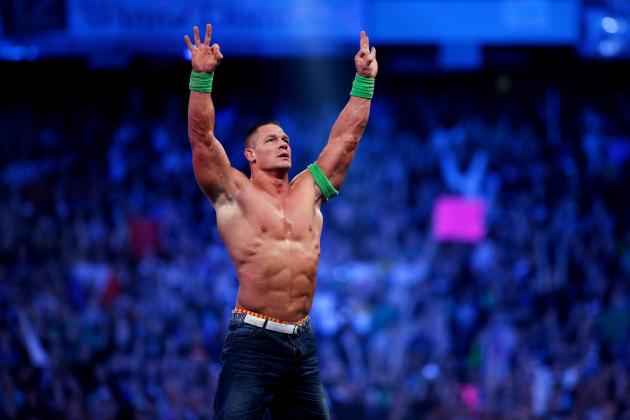 Two WWE legends are reportedly scheduled to have matches at WrestleMania 36 on April 5 from Raymond James Stadium in Tampa.

Per Dave Meltzer of Wrestling Observer Radio, John Cena is expected to wrestle Elias, with The Undertaker squaring off against A.J. Styles.

Cena's potential involvement at WrestleMania picked up steam last week when WWE announced the 16-time world champion will appear on the Feb. 28 episode of SmackDown.

This will mark Cena's first appearance on WWE television since July 2019 when he was involved in a segment with The Usos on the Raw Reunion show.

WWE has used Elias as a frequent hurdle for Cena in recent years. The two had a confrontation at WrestleMania 34 prior to Cena's match with The Undertaker; Cena teamed with Bobby Lashley to defeat Elias and Kevin Owens at Super ShowDown in 2018; Cena interrupted Elias' concert at WrestleMania 35 and proceeded to beat up The Drifter.

Undertaker and Styles would be a WrestleMania dream match between two of the best wrestlers of all-time. The Dead Man last appeared on WWE television for the SmackDown from Madison Square Garden last September.

Last year marked the first WrestleMania since 2000 in which The Undertaker wasn't on the card. His last match at WWE's premier event was when he squashed Cena in 2018.

Styles being in the plan for WrestleMania 36 would seem to indicate WWE is confident his shoulder will be healed in time. The Phenomenal One confirmed on his Mixer channel he suffered a separated shoulder during the Royal Rumble match, but said he "doesn't expect to be out very long."