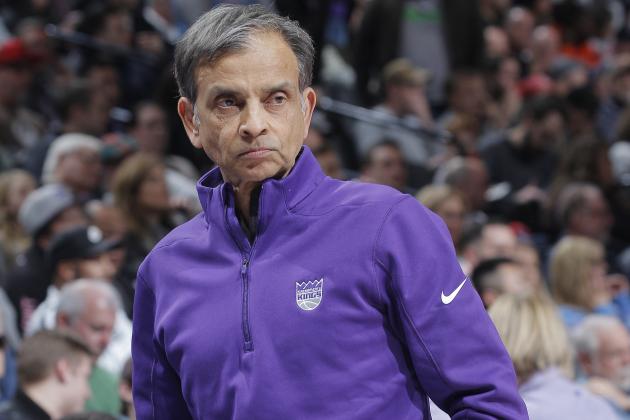 With the Sacramento Kings six games out of a playoff spot in the Western Conference, owner Vivek Ranadive is reportedly growing frustrated and impatient.

While there is reportedly no sign that Ranadive is imminently planning to make a change in the front office or coaching ranks, the belief is that things could change if the Kings continue to struggle.

Charania, Amick and Jones also reported that a source close to the situation believes guard Buddy Hield could request a trade this offseason if he does not regain his starting spot at some point this season.

Ranadive has reportedly focused much of his frustration on the job Walton has done during his first season as head coach. "Several ownership officials" have reportedly offered a "sharp assessment" of Walton's performance throughout the season, and the group text reportedly features many complaints from Ranadive regarding the coaching.

Walton was the Los Angeles Lakers' head coach for three seasons before the Kings hired him, and his time in L.A. was largely considered a failure, as he went 98-148 and never led the Lakers to the playoffs.

Under Dave Joerger last season, the Kings finished 39-43, which was good for ninth place in the Western Conference. Although they missed the playoffs by nine games, it was their best record since going 44-38 in 2005-06, which was the last season they made the playoffs.

The Kings have an impressive collection of talent on paper led by Hield, De'Aaron Fox, Harrison Barnes, Bogdan Bogdanovic and Marvin Bagley, but it has not led to the desired on-court success.

Part of the reason for that is the fact that the Kings struggle in close games. In fact, they have lost an NBA-high eight games by three points or less this season.

Sacramento has played better lately, as it was on a three-game winning streak prior to Monday's 123-111 loss to the NBA-leading Milwaukee Bucks, but a big run is needed down the stretch in order to get into playoff position.

The eighth-seeded Memphis Grizzlies are hovering around .500 at 27-26, so finishing somewhere around the 39-43 mark they achieved last season would likely put the Kings in the playoff mix at the very least.

Hield has come on since his move to the bench with 42- and 31-point performances to his credit, and the Kings will need more of that from him if they are going to become a factor in the playoff race.

It is unclear if missing the playoffs will result in Ranadive going on a firing spree, but a regression from last year would likely require the owner to take a long, hard look at everyone who is running the show.

We'd like to send you the most entertaining Sacramento Kings articles, videos, and podcasts from around the web.