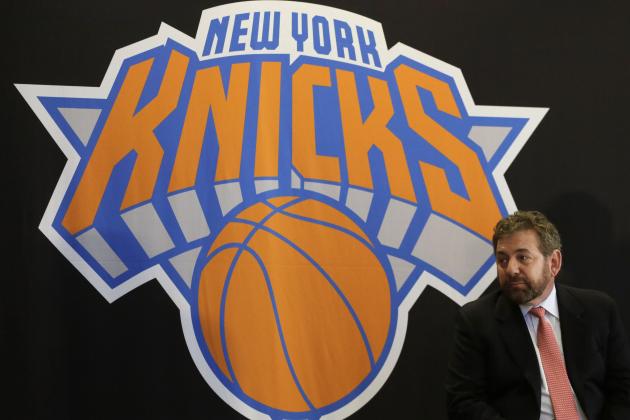 The New York Knicks are no longer expected to hire William Wesley, known as Worldwide Wes, to a front office role, according to Shams Charania of The Athletic.

Charania first reported the NBA personality was going to join the team alongside player agent Leon Rose, who is expected to become the team's president of basketball operations.

However, Wesley will no longer be considered for any formal role with the organization.

Wesley is currently a consultant for CAA with Rose, and GQ's Alex French once suggested he could be the "most powerful man in sports" thanks to his connections around the league.

As Howie Kussoy of the New York Post noted, he has close relationships with everyone from LeBron James and Michael Jordan to Jay-Z while "wielding an enormous amount of influence behind the scenes."

This background made him a potential difference-maker in the Knicks front office even without knowing his role.

"If my boy 'Worldwide Wes'—who I've known forever—is a part of the package, he's one of the great personalities I've ever met," fellow agent David Falk said of the team's plans, per Garrett Stepien of 247Sports. "Really well-connected guy. Really interesting person. I really hope it works."

Rose is still expected to join the team after he leaves his agency, following in the path of agents like Bob Myers and Rob Pelinka, who became general managers.

With connections to top players like Karl-Anthony Towns, Joel Embiid, Chris Paul and others, the Knicks hope he has what it takes to turn around the struggling franchise.