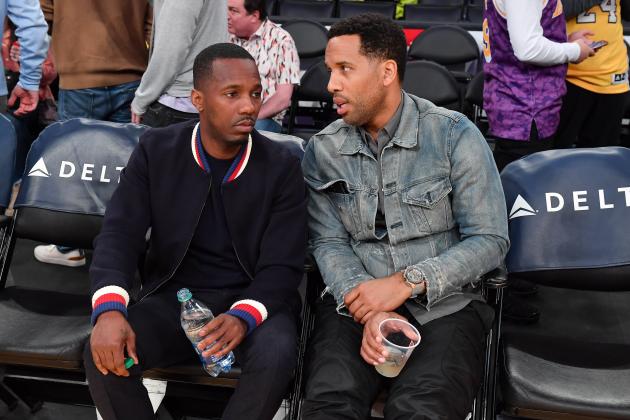 Rich Paul said speculation about him leaving Klutch Sports to take over an NBA franchise is "premature" but supported the New York Knicks' reported hiring of CAA agent Leon Rose.

“The model is justifiable,” Paul told Jabari Young of CNBC. “As an agent, you probably know the talent through and through more than anybody. And you’re able to [understand] the talent different than what someone who is just inside of an organization can.”

“I think Leon could do the job. I think he’s been around the game long enough to understand what it entails and what it takes. I don’t know how much time he’ll be given, but I know he understands it’s not easy, and it’s especially not easy in that environment. But I wish him the best of luck.”

The Knicks' search to replace Steve Mills quickly landed on Rose, a longtime agent who was LeBron James' rep before he hired Paul. Rose has also been the agent for Allen Iverson, Joel Embiid, Carmelo Anthony and Chris Paul, among others.

While Paul would naturally have the pull to land one of those jobs, he seems focused on expanding the Klutch brand moving forward.