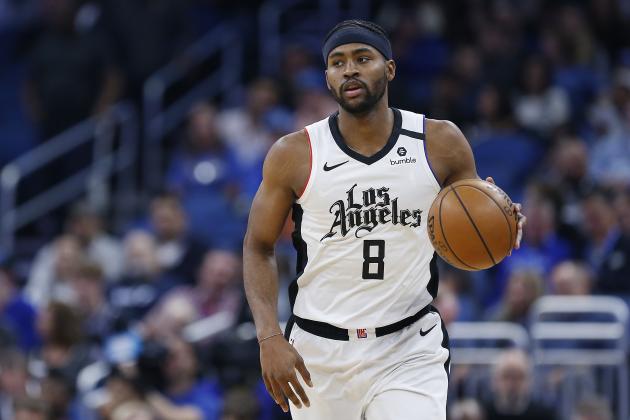 The New York Knicks have had a difficult time luring players to their team in recent years, but Maurice Harkless is excited about joining the roster after a trade from the Los Angeles Clippers.

"It's a dream come true," the forward said Saturday, per Marc Berman of the New York Post. "I was a Knicks fan growing up. I loved watching the Knicks on TV, I loved coming to the Garden for games when I could. And I actually played at the Garden in college, too, so it's like I've come full circle now."

Harkless grew up in Queens, N.Y., before spending one season at St. John's, giving him a lot of local experience before beginning his career with the Knicks.

It provides a relatively different position for a player joining a 17-36 squad after the trade deadline, especially coming from a title contender like the Los Angeles Clippers (36-16). Instead of disappointment, the 26-year-old appears ready to make the most of his opportunity.

The question is how long he will be on the team as a free agent at the end of the season.

While Berman reported the Knicks only considered Harkless' expiring contract when making the trade that sent away Marcus Morris, the player said he would like to stay with the team beyond this year.

"Obviously you know like I said playing for the Knicks is a dream come true," Harkless said. "If that happens, that would be great. I don't know what this summer is going to look like. Being in New York would be fine with me."

The forward averaged 5.5 points and 4.0 rebounds per game in 50 appearances for the Clippers this season, serving a valuable role on a team with a lot of talent around him. He's showed in the past he can produce at a higher rate when needed, averaging 7.7 points per game across four seasons with the Portland Trail Blazers.

He should have more opportunities over the next two months with the Knicks, giving him an audition as a possible long-term option for the team.