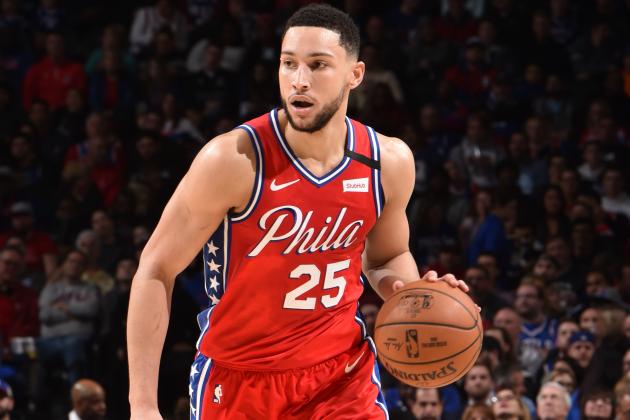 The Philadelphia 76ers got a much-needed win on Wednesday night. As usual, it came at home.

The Sixers pulled away from the Brooklyn Nets late in the fourth quarter, winning 117-106 and continuing their strong play in the Wells Fargo Center, where they've gone 19-2.

While the Nets are adjusting to life with superstar Kyrie Irving back in the lineup for just the third game after a lengthy absence, the Sixers ended their two-game losing streak without Joel Embiid. They are now 2-2 since the superstar big man suffered a left hand injury, tearing the radial collateral ligament in his fourth metacarpal in early January.

The win moved the Sixers to 26-16 on the season, leaving them in sixth place in the Eastern Conference, while the Nets dropped to 18-22.

Joel Embiid is Philadelphia's best offensive player by a long shot, and his rim protection is also a huge asset that changes how the team defends. The Sixers can get by without him on the defensive end, however, given Al Horford's presence.

But it's on the offensive end where he's tougher to replace.

On Wednesday night, Simmons and Harris did their part, combining for 54 points and 14 assists. Simmons was the aggressor early, attacking the Nets at the basket and killing them in transition. Harris provided the dagger late with 11 points in the fourth quarter.

The major concerns for the Sixers remain Simmons' tendency to take his foot off the gas pedal offensively and the team's lack of a perimeter closer. On Wednesday night, they showed how dangerous they can be even without Embiid when Simmons continues to attack and Harris takes on that closer role.

The Sixers remain a work in progress. But if Harris and Simmons continue to play like they did Wednesday night, they'll be a major problem.

Dinwiddie loves facing the Sixers. He was excellent yet again Wednesday night.

One of the concerns since Irving's return to action was that Dinwiddie might temper his aggression. He's been excellent on the year, heading into this matchup averaging 22 points per contest. But in the past two games with Irving back on the floor, he had averaged just 12 points and 12 shots.

That wasn't an issue Wednesday night as Dinwiddie led the Nets in scoring and was incredibly efficient in the process, finishing 8-of-16 from the field. It was Irving who couldn't find a rhythm, shooting 6-of-21 in the loss.

When the Nets get the two players clicking on the same night, they'll be dangerous. For now, however, they will take some solace in Dinwiddie getting back into his groove.

The Sixers host the Chicago Bulls on Friday evening at 7 p.m. ET, while the Nets host the Milwaukee Bucks on Saturday at 6 p.m. ET.