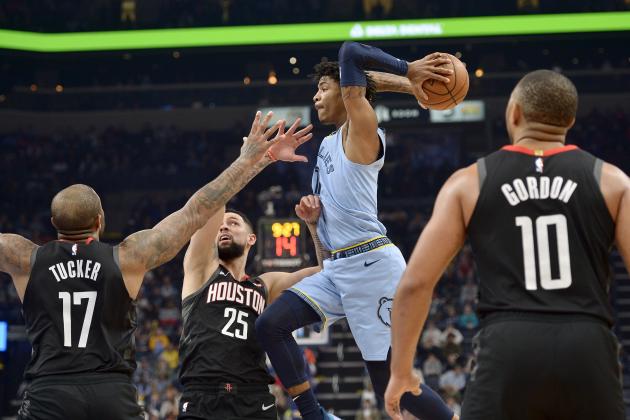 While the rest of the league holds its breath for Zion Williamson's impending debut, former superstar Tracy McGrady has eyes for a different rookie: Ja Morant.

After Morant recorded 26 points, eight assists, five rebounds, a steal and a block—along with a few theatrics—in the Memphis Grizzlies' 121-110 win over the Houston Rockets on Tuesday, McGrady went on ESPN Wednesday and called the second overall pick in the 2019 draft a future MVP.

"He's gonna be a MVP in this league and he's gonna be arguably the best player in the game," McGrady said. "I'm on the record saying it."

Morant is averaging 18.0 points, 6.9 assists and 3.5 rebounds per game through 35 contests for a Memphis team that's crept into the playoff race at 19-22 on the year. Whether or not the postseason becomes a reality for the Grizzlies, Morant's ascent in the league is worth a watch.

We already know McGrady will be tuned in.

We'd like to send you the most entertaining Memphis Grizzlies articles, videos, and podcasts from around the web.