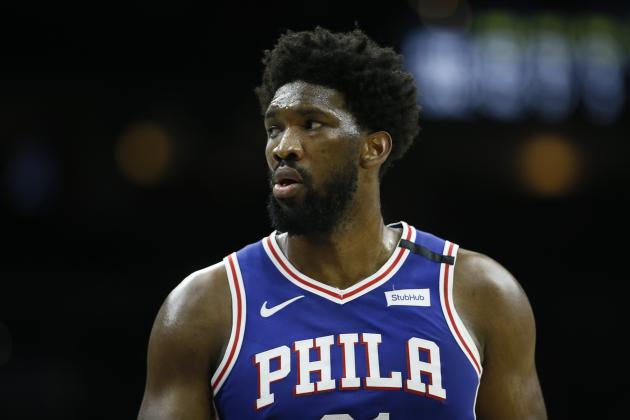 Philadelphia 76ers star Joel Embiid revealed Wednesday in a personal essay on The Players' Tribune that he almost quit basketball before the start of his career after his brother, Arthur, was killed in a car accident:

"I actually don't know how many people know this, but right after I got drafted, back in 2014, I thought about walking away from the game. I'm not exaggerating at all. I seriously considered retiring from the NBA before I'd even played one game.

"It actually had nothing to do with injuries. Your body, it heals. It always heals. All that pain is just temporary. Your heart, though? Man—that's different. It's a lot more complicated."

Arthur, who was 13 years old at the time, was struck by a truck and died in Embiid's native country of Cameroon.

"With Arthur gone, I felt like I had lost my purpose in life," Embiid wrote. "I really just wanted to quit the game and go back home to Cameroon to be with my family."

The center had just been drafted by the 76ers but was dealing with a foot injury that required extensive rehab. He missed his first two seasons in the league before finally appearing in 31 games in the 2016-17 campaign.

As he explained, the loss of his brother eventually helped drive him to get back on the court:

Since then, Embiid has transformed himself into one of the best young players in the NBA.

The 25-year-old already has two All-Star selections on his resume and has been named second-team All-NBA in each of the last two years. While he is currently dealing with a hand injury, he is averaging 23.4 points and 12.3 rebounds per game this season as he tries to take the 76ers to the next level.