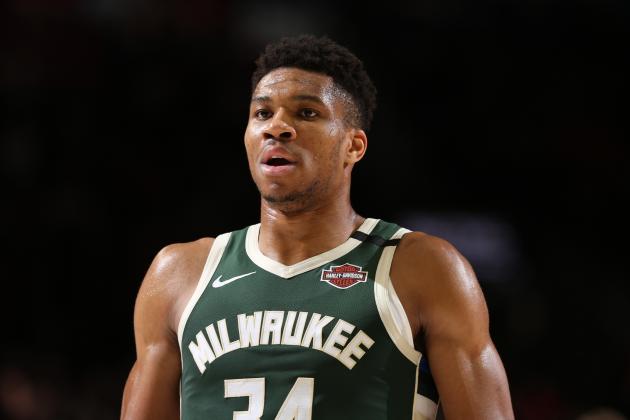 While Giannis Antetokounmpo's impending 2021 free agency looms large over the franchise, the Milwaukee Bucks are happy with where things stand regarding their superstar.

The Athletic's Sam Amick provided an update Wednesday: "Sources say Bucks ownership and management remain very confident in the relationship they've built with Antetokounmpo and what that might mean for the possibility of a shared future, but they're also well aware that the outcome of this postseason will be a major factor here."

Milwaukee has done its best to capitalize on the championship window it has with Antetokounmpo.

Firing Jason Kidd and eventually hiring Mike Budenholzer helped the franchise evolve. Budenholzer is not only a better coach than Kidd, but his perimeter-focused offense played perfectly to Giannis' strengths.

Milwaukee is averaging 39 three-pointers per game (fourth-most in the NBA), which helps open up the floor for the reigning MVP to drive to the basket.

Ownership has shown a willingness to spend as well.

Attracting marquee free agents to the Bucks is difficult, especially with the questions over Antetokounmpo's future. The team has the 10th-highest payroll after having re-signed Brook Lopez, George Hill and Khris Middleton.

General manager Jon Horst acknowledged the luxury tax was a consideration in sending Malcolm Brogdon to the Indiana Pacers in a sign-and-trade when speaking with The Athletic, but Brogdon left the impression a move to Indiana was his preference anyway.

"I had to figure out what my options were," he told The Athletic's Eric Nehm in November. "I had two or three teams in the mix that we were really considering, but Indiana was by far the best. It was the team I was really pushing for and my agents made it work."

Ultimately, playoff success could be the one thing that determines Antetokounmpo's decision.

After Milwaukee lost to the Toronto Raptors in the Eastern Conference Finals last May, ESPN's Malika Andrews reported "getting to the NBA Finals is not just an ambition, it could tip the scales as he weighs his contractual future."

The Bucks will be eligible to offer the Greek Freak a supermax extension starting this summer. Should he turn that down, Horst could have an extremely difficult decision on his hands.

We'd like to send you the most entertaining Milwaukee Bucks articles, videos, and podcasts from around the web.