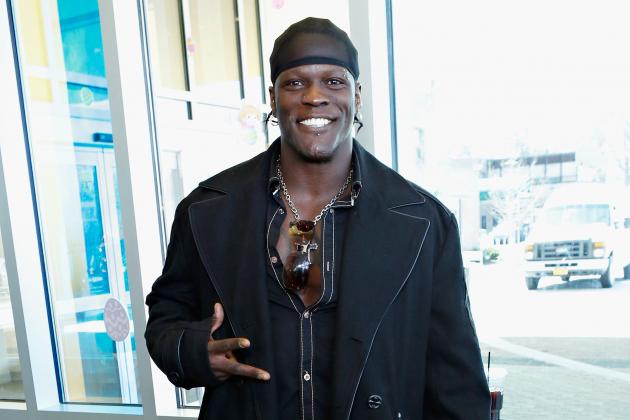 WWE continues to hand out new contracts, with Elias becoming the latest superstar to sign an extension with the company.

WWE seemed like it had big plans for Elias in 2018. He had a strong showing in the Royal Rumble, lasting 26 minutes, and was briefly involved in a feud with John Cena.

Since the start of 2019, though, Elias has been used almost exclusively as a comedy act. He sang a duet with Jeff Jarrett at the Royal Rumble before attacking the legend with a guitar. The Drifter was put in a program with Roman Reigns, who squashed him in an eight-second match at Money in the Bank.

Most recently, Elias is among the superstars WWE has chasing after the 24/7 title. Even with a limited ceiling in the ring, his ability on the microphone certainly makes him a valuable asset to have on the roster.

Balor vs. Gargano Set for Takeover

The long feud between Finn Balor and Johnny Gargano will finally be settled on Feb. 16 at NXT Takeover: Portland.

NXT officially announced the showdown featuring two of the best wrestlers in the world:

It's official: At #NXTTakeOver: Portland, @JohnnyGargano will finally go one-on-one with @FinnBalor! https://t.co/23VRCpaffV

This match has been brewing for months, starting when Balor turned heel by attacking Gargano and Tommaso Ciampa to help out The Undisputed Era.

During the beatdown, Johnny Wrestling legitimately injured his neck when Balor hit him with the 1916 on the ramp and was removed from the NXT Takeover: WarGames card.

Gargano returned to television on Dec. 18, exacting some revenge by costing Balor the NXT title during his match with Adam Cole. After teasing the match on last week's episode of NXT, it has been made official for the WWE Network special next month.

The only other match expected to take place on the show, as of right now, features Rhea Ripley defending the NXT women's title against the winner of a battle royal on Wednesday night.

Balor and Gargano are two of the best performers in all of WWE. Their matchup at NXT Takeover: Portland has the potential to be one of the top matches this year and may lead to the winner moving into the title picture.

Speaking of the 24/7 championship, R-Truth shared a story about Wesley Snipes telling him he wanted to win the title while appearing on the Not Sam Podcast (h/t Wrestling Inc.'s Robert Gunier):

"I got to interview some people from movies... Wesley Snipes was talking about becoming the first actor to become the 24/7 Champion. Man, Wesley Snipes had his hand on his chin while I was interviewing them and he was still contemplating, going, 'What do I have on my schedule tonight? Because I think I'm going to go to the Staples Center and try to win this title.' That would have been great, man."

Truth also relayed a tidbit about convincing Vince McMahon to let him grab a ladder out from under the ring during the 2016 Royal Rumble match:

"When I came up with that idea, I went up to Vince and said, 'Hey, I've got an idea.' [He said], 'What?' 'What if I got a ladder from up under the ring for the Rumble?' And he looked at me and he burst out laughing and said, 'We're doing it.' I didn't know how it would turn out or if anyone would follow it, or get it."

As long as Truth is able to keep making McMahon laugh, he can have a job working in WWE for life.

WWE has found ways to turn the 24/7 title into an entertaining joke. No one takes the championship seriously, which makes it the perfect belt for non-wrestlers to hold.

WWE has taken advantage of the ridiculous nature of the title by giving it to electronic musician Marshmello, NASCAR driver Kyle Busch, Santa Claus and Fox Sports analyst Rob Stone.

Knowing how much WWE loves to create viral moments and generate headlines, having an actor like Snipes get his hands on the title at some point would be perfect.