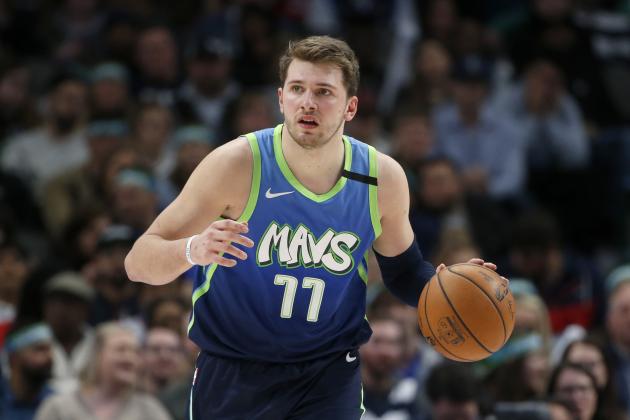 Speaking to reporters before Tuesday's game between the Warriors and Mavs, Kerr compared Doncic's game to two of the best scorers in NBA history:

"He's important for the league—and [that] doesn't really have anything to do with him coming from Europe. It's more just what a wonderful basketball player he is. He's different. He's got this incredible knack for seeing the floor and being a step ahead. He reminds me a little bit of Larry Bird in that regard. He's kind of one step ahead in the chess match. But he's got this James Harden skill set with crossovers and stepbacks."

Coming off a Rookie of the Year campaign last season, expectations were already high for Doncic in 2019-20. The 20-year-old has managed to exceed all of them, emerging as an MVP candidate and leading the Mavericks into the thick of the playoff race in the Western Conference.

Doncic is averaging 28.9 points, 9.6 rebounds and 8.8 assists per game this season. He's already set a Mavs single-season record with 11 triple-doubles through 40 team games.

Based on how quickly Doncic's game has evolved in the NBA, comparing his mind and skill set to Bird and Harden sounds a lot more reasonable than it would have before the season started three months ago.

We'd like to send you the most entertaining Dallas Mavericks articles, videos, and podcasts from around the web.