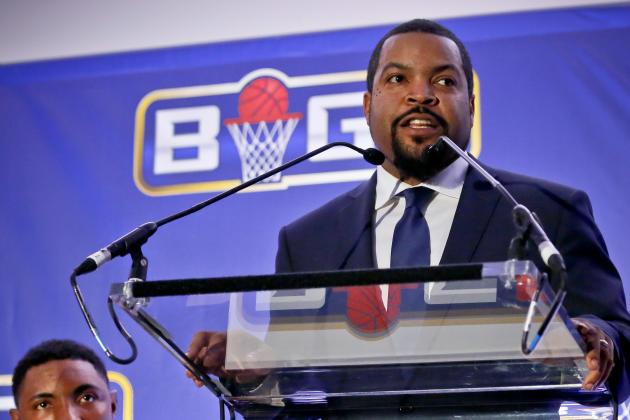 The BIG3 has announced major changes ahead of its fourth season, including the renaming of the sport to FIREBALL3 instead of a three-on-three basketball game.

"Our fans let us know that we were playing something extremely unique, FIREBALL3, which is nothing like the typical three-on-three FIBA game coming to the Olympics," said BIG3 co-founder Ice Cube.

The BIG3 is who we are. #FIREBALL3 is what we play. pic.twitter.com/pHTqbfWkIy

The league has instituted several rule changes, including a lowering of the age minimum from 27 to 22 years old while also allowing younger players with hardship cases.

Since its inception in 2017, the BIG3 has mostly been known as a home for former NBA stars, including Mike Bibby, Stephen Jackson, Amar'e Stoudemire and Nate Robinson. Joe Johnson dominated in his stint last season, averaging 21.9 points per game.

However, the organization is hoping to expand the player pool in upcoming seasons.

"I think lowering the age does erase the stigma [of this being a retirement league]," Ice Cube told Eric Woodyard of ESPN. "It might've kept people from playing in the BIG3 because they don't want to seem like they're done."

The BIG3 also removed the requirement of pro basketball experience and will hold open tryouts. Ice Cube said this could create an opportunity for NFL players or musicians such as J. Cole or Chris Brown.

One notable on-court change coming this season is the inclusion of "Bring the Fire," which allows a team to challenge a foul call with a one-on-one possession where the winner gets the call.

Instead of replay, players seemingly have a trial by combat to help determine key possessions in a game.

Meanwhile, the league continues to empower players by encouraging individuality, allowing the use of CBD and having an extensive mental health plan.