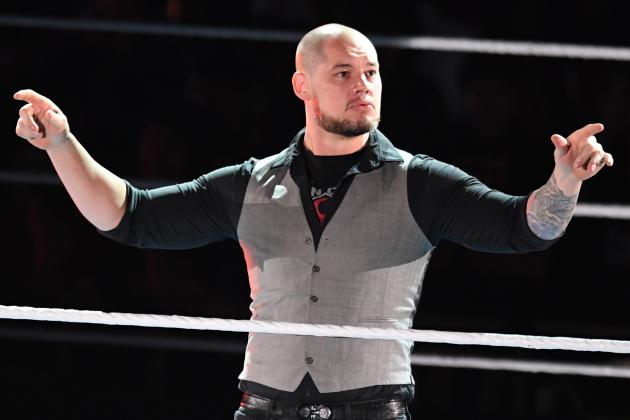 Bleacher Report catches you up on the latest news from WWE and AEW.

WWE Passed On Signing Tessa Blanchard Due to Attitude Concerns

In the latest Wrestling Observer Radio report, Dave Meltzer discussed the latest in the ongoing fallout from accusations of racism and other issues levied against Tessa Blanchard. According to a transcript from Wrestling Inc. (via Daniel Yanofsky), Impact Wrestling knew of the stories about her past and decided to sign her anyway. She was crowned world champion at the promotion's Hard to Kill event Sunday despite the controversy.

Meltzer also offered a little insight as to why she was available for Impact in the first place: WWE passed on signing her due to "attitude issues." Blanchard made appearances in NXT in 2016 and 2017, participating in the 2017 Mae Young Classic. That led to widespread speculation it would be a matter of when, not if, WWE signed her to a developmental deal, which never came.

It's unclear what events led to WWE being wary of signing Blanchard. Over the weekend, Allysin Kay shared a story alleging Blanchard used racial slurs and spit in the face of La Rosa in Japan. Recent NXT signee Chelsea Green also shared allegations of bullying against Blanchard.

She has denied all the allegations.

"Over the past eight months this has been my life, Sami and oVe [Ohio Versus Everything] has been the thorn in my side, and tonight, we did it," Blanchard said after defeating Sami Callihan for the world championship, per Joshua Gagnon of Wrestling Inc.

"Nobody, nobody in this life is perfect. We're all human. And it doesn't matter what you say about me, it doesn't matter what you call me. I have one of the strongest minds that I've ever known. So, whenever you come for me, you come for all of these people. I am now the standard bearer of Impact Wrestling. And man or woman, pound for pound, I am one of the best in the world and I am now your world champion!"

King Corbin Gets City Named After Him in Kentucky

WWE held a rally Sunday in hopes of getting the city changed in honor of Corbin, who will no doubt use this as storyline fodder moving forward.

Corbin has been a main event player since winning the King of the Ring tournament last year, and this should only allow him to further push himself—all while angering fans not royal enough to have a city named after them.

Squared Circle Sirens reported Titan Games star Emily Andzulis has signed a developmental contract with WWE and is set to report to the Performance Center this month.

Andzulis had a WWE tryout last April but was not signed at the time. She has been training at the JPWA Academy with Kane and Dr. Tom Pritchard.

The relationship with Kane and her connection to The Rock via Titan Games likely played a part in Andzulis getting a shot at making this her full-time career. The Rock touted Pritchard's wrestling camp last month, saying Pritchard helped him lay the foundation of his future superstardom.

Andzulis, 27, has also dabbled in MMA.