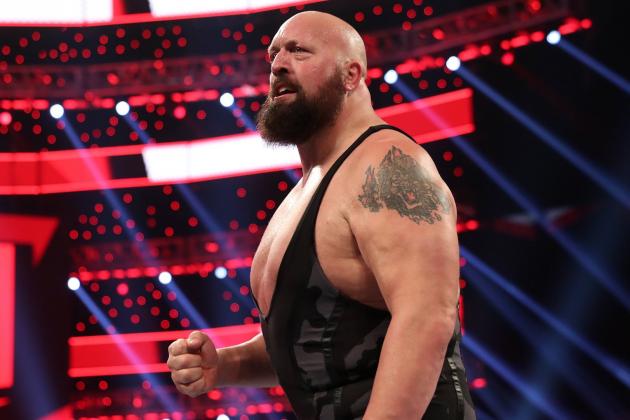 A week after a shocking return saw him team with Kevin Owens and Samoa Joe to defeat Seth Rollins and AOP via disqualification, Big Show will be at the center of a massive Fist Fight Monday night.

What that actually entails remains to be seen but it headlines a show that will also pit Rusev against Bobby Lashley in the latest chapter of their months-long rivalry.

What else can fans expect out of the January 13 episode?

The future Hall of Famer's return to the flagship a week ago took most everyone by surprise and instantly provided a spark to the main event scene from a star power standpoint. Whether you are a fan or not, there is no denying his legacy and glistening resume.

With that said, it should be interesting to see exactly how prominently featured he is on this week's show.

Is the giant intended to be the star babyface or is he merely there to help elevate Owens and Joe to that role?

Great to return to #Raw for my first match on Monday night in years! Teaming up with @SamoaJoe and @FightOwensFight last night was awesome, two very talented young men. And as for next week's "fist fight" ... I'll leave this here. 👊🏼 pic.twitter.com/uBmavoai4o

Hopefully, it is the latter.

For as credible as Big Show is, and as popular as he still is among longtime fans of the WWE product, his days as singles main event star are over. His body, arguably still recovering from a series of hip surgeries during his layoff, is not prepared for the punishment a grueling main event run against a physical worker like Rollins will demand.

We may learn Monday night, through the booking of the aforementioned Fist Fight, that Show is merely there to help elevate the main event scene rather than dominate it.

Oh, and here's to hoping a Fist Fight is a little more involved than six guys just running around punching each other because that sounds monotonous, to say the least.

What's Liv Morgan got in Store for Rusev vs. Lashley?

During a backstage interview on last week's show, Liv Morgan appeared very interested in the upcoming showdown between Rusev and Lashley, even insinuating she has something in store for those involved Monday night.

She doubled down on that, citing an "opportunity" on WWE's The Bump:

We're rapidly approaching the "opportunity" of @fightbobby vs. @RusevBUL on #RAW.

After a red-hot wedding angle two weeks ago in which a same-sex relationship between Morgan and Lana was alluded to, there was no followup whatsoever on last week's broadcast. Expect that to change this week.

Morgan has taken to social media to continue the story, posting photos of her and Lana from over the years:

It will be interesting to see what the creative team has in store for fans and if it can continue to focus on Lashley and Rusev while spotlighting Lana and Morgan.

After all, there is still an unsettled vendetta between The Bulgarian Brute and The All Mighty and to sweep that under the carpet for a soap-opera, shock TV storyline would be doing the talent involved a great disservice.

Expect a ton of social media reaction to whatever the unpredictable Morgan has in store for the rest of the Superstars involved.

Everyone's After The Queen

Since announcing her entry into the Royal Rumble, Charlotte Flair has been under attack by her fellow female competitors, all of whom have taken exception to her overabundance of confidence and unleashed on the second-generation star with renewed intensity and aggression.

First, it was Natalya, who demonstrated heel tendencies that may lead to a much-needed character refresher.

Last week, Sarah Logan returned to the flagship, brawling with Flair and asserting herself as a threat to the celebrated competitor.

Might The IIconics return to television and remind Flair they are just as dangerous as any other competitor who will enter the Rumble? Maybe Kairi Sane returns from injury to avenge the punishment she endured at TLC: Tables, Ladders & Chairs while simultaneously asserting herself as one of the favorites to win on the Raw side.

She hinted at a return on social media this week:

Whoever it is, expect Flair to find out that putting herself above everyone else may have been a mistake as she now finds herself in the crosshairs of the Raw women's division.