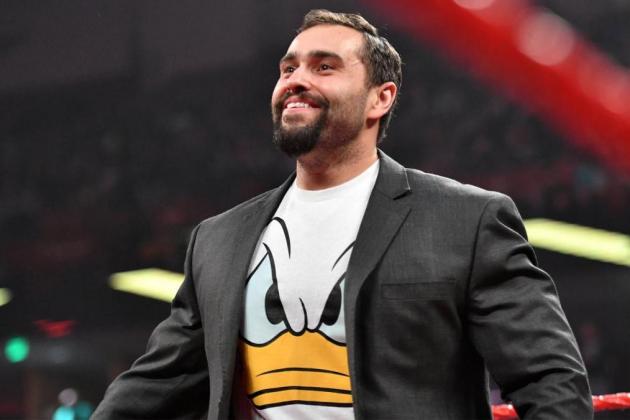 Over in WWE land, Rusev is the first person who comes to mind. It's perhaps generating interest to see just how far the marriage angle will go, but it doesn't seem like it will do him any long-term favors. And All Elite Wrestling, as good as many things are for the startup, isn't perfect in this area, either.

Thankfully, both companies have shown a willingness to start over. WWE shifted Seth Rollins out of his odd role and into a heel mastermind again to brilliant results. AEW took a down spiraling "Hangman" Adam Page and, thanks to a potential split with The Elite, made him one of the most interesting names in the company.

Rusev and the following superstars need similar feud changes to save things both for themselves and their respective companies.

Is there any coming back from this for Rusev?

The Lana-Bobby Lashley angle might do good numbers for WWE because, let's be honest, soap opera-style drama that reeks of the '90s makes people want to tune in to see what happens. Things have become even stranger with a repackaged Liv Morgan in the mix.

But what about Rusev's long-term prospects? Remember the dominant, scary, tank-riding Rusev? That was fun, even if it felt like WWE never properly capitalized on him.

Maybe now is the right time for WWE to ease Rusev out of the angle. If done right, perhaps he has enough groundswell of sympathy support from this whole silly storyline to ride into a much better angle that gets him back into serious singles feuds, if not competing for titles.

For those who don't like the storyline, perhaps Royal Rumble is a chance for Rusev to break free and get back to doing him.

Brandi Rhodes managing Awesome Kong on her own was intriguing. But now things have become a bit muddied, with additions like Melanie Cruise and the poorly debuted Luther making it feel like things have ground to a halt.

Even worse, a messy debut for Luther tarnished a good Dynamite women's title match between Kris Statlander and Riho recently. Why the group needs to immediately slingshot into the title scene is hard to say, but it doesn't feel right.

This isn't advocating a breakup by any means. But there doesn't seem to be a ton of upside, and it might be better to see the group—and especially Kong—focus on other Superstars, helping to build them up with fans in the process.

Sammy Guevara got a tainted win on the most recent episode of AEW Dynamite, yet it's hard to feel like he isn't just treading water.

That can't be any fun for a guy who feels like he has a ceiling that is close to best-in-promotion material.

Guevara gets the occasional "young Eddie Guerrero" comparisons for good reason, but he's sort of just trading wins and losses while doing his fun social media gimmick. It would be nice to see him get a semi-serious storyline just like Adam Page did. Maybe he has a moment of self-realization and breaks free in a prolonged effort to prove himself. Think a bad-guy version of Darby Allin.

AEW has done a good job of not pushing every single star so far, and certain stars get to shine at certain times. But based on Guevara's status as a heat magnet and his amazing displays in the ring, it's hard not to feel like it's time for a shakeup.

Are fans supposed to just forget about how dominant Kofi Kingston was as a singles competitor?

Kingston got dropped by Brock Lesnar in a matter of seconds in October to lose his title, and it hasn't properly been addressed. And look, WWE needs him to help prop up The New Day while they are a man short, which is fine.

But it's hard not to miss Kingston's solo run, which was quietly dominant and never soured fans toward him. Giving him an edge while chasing some sort of solo title would make for a good time, and it's not like a pretty good tag division needs the help.

Let's be honest: It feels like Kingston is headed for a cutesy spot with Brock Lesnar in the Royal Rumble match but will otherwise be stuck in the mud. And that's a shame based on how much fun his solo run turned out to be.

Those fans still sour on Roman Reigns won't like this too much.

But it's time for Reigns to do something new. He's been plugging away in the midcard for a while, and his latest feud involves with the likes of Baron Corbin and Dolph Ziggler yet again—and he's getting dog food poured on him.

Even if this angle is a vehicle for getting The Usos back in action, it probably means silly tag team matches and nothing more.

A shame, really. Let's get Reigns in some interesting prolonged feuds against guys like John Morrison or use him to help build other credible threats on the roster such as Apollo Crews. Reigns doesn't need to be in the top title scene by any means, but it isn't fun to see him doing the same old thing, either.