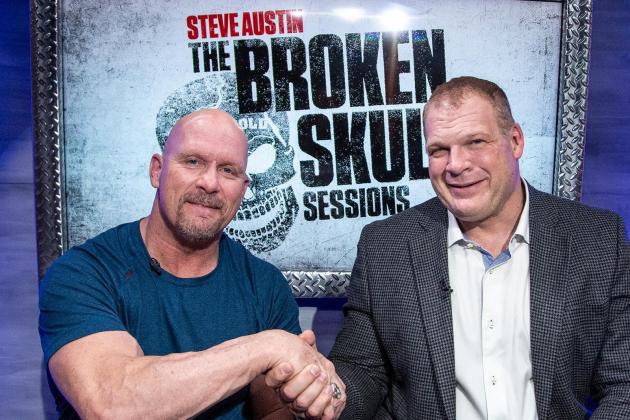 Referee Earl Hebner's hand hit the mat a third time at WrestleMania 19, the Rock Bottom in triplicate sealing the deal. More than 50,000 fans finally remembered to exhale, caught up in a drama years in the making. Few were likely aware they were watching the biggest star in wrestling history lace his boots for the final time.

To call "Stone Cold" Steve Austin a "WWE Superstar" almost makes mockery of a living legend, a man who earned that appellation before it was just given out to every wrestler on the roster. He was the headline act during the hottest period in wrestling history, playing to sold-out arenas around the world, more than five million fans routinely gathering around their television sets every Monday night to watch him vanquish dead men, movie stars and even his boss.

"Everything is timing," Austin told Bleacher Report in an exclusive interview. "If I'd have come around 20 years earlier, I would have been a complete heel my whole career. I was certainly non-traditional for a babyface.

"People wanted a different brand of entertainment than they had been used to. I broke from the mold and was a guy that was running in the gray area. You didn't know what Stone Cold was going to do, but he was wildly entertaining.

"One of the things that really helped me out was the commentary of Jim Ross, just the way he backhandedly put me over. I just think it was high-energy. I think it was the intensity, and I think there was an honesty to that character. I was trying to do the one thing that everybody should aspire to: to be the champion, by any means necessary."

Austin had clawed his way to the top the hard way. He'd come up at the end of the old territory system, cutting his teeth on canned tuna and potatoes in places like Memphis, falling victim to politics in WCW and being handed a gimmick he didn't believe in when he finally made it to the big time. The odds were so stacked against him that Austin, on the precipice of greatness, found himself unable to feel his extremities after a botched piledriver by Owen Hart.

None of that stopped him. He emerged from the flames of those failures with all the artifice burned off, becoming purified wrestling rage, black trunks, bald head and goatee at odds with the bright, shining world around him. Austin was the embodiment of the working man at the dawn of the now-endless class wars.

The night before he filled Safeco Field in Seattle, Washington, he'd spent the evening in the hospital, anxiety and years of injuries doing what The Undertaker, Bret Hart and Vince McMahon himself had never managed: stopping the Texas Rattlesnake in his tracks.

It took a long time to come to grips with this. Every week, even now, someone will ask if he misses it, that elusive high that only comes from standing in front of thousands of fans, knowing for the next half hour you have their complete attention and control of their emotions.

"They always ask me, 'Do you miss it?' No, man, because it's been so long now that ... I mean, I have to be over it now," Austin said, pausing to gather his thoughts. "But there is a small part of me, even though I don't live in the past, that says, 'Man, when you're 38 years old, man, in wrestling, you're really in your prime.' All of the learning that I'd done, working angles, talking promos, psychology with the crowd. You're really honed up at that age. And so to walk away from the table at seemingly a prime-time age was very, very tough for me to do, at many levels."

There's a wistful quality to his answer that makes you think, if only for a minute, that he might not entirely be telling the truth. There were certainly many dark days in the immediate minutes, days, months and even years in the aftermath of his fall.

"I spent a lot of time hunting, fishing and drinking," Austin said. "Just trying to deal with it. ... To walk away from the business was hard. I was talking to Dale Earnhardt Jr. last year on my show on USA Network, about how all the concussions caught up with him, he had to pull his own plug. A doctor wasn't going to tell him, 'Hey, you need to quit.' He pulled the plug on himself. I did the same thing.

"A doctor didn't look me in the eyes and say, 'Steve, you must retire now.' It was a decision I had to make for myself. When you're flying high, and you're this badass, tough-ass Stone Cold guy, and all your peers are just as tough as you, and you're riding down the road doing something you're so passionate about and you love so much, it would be anybody's dream to live that kind of life. And all of a sudden you've got to make a decision to take yourself out of the game. It was extremely hard to deal with."

It's not entirely accurate to call Austin's attempt at film stardom aborted—after all, he has more than a dozen movies to his credit, most of them straight-to-video action pics that deliver pretty much exactly what the poster promises. But despite regular offers to resume his acting career, the silver screen just isn't for him.

"It's not the same from a performance standpoint, from the immediacy of it. It's not instantaneous feedback," Austin said. "For me just going through the process of it, the prep, memorizing lines, being on a set, going over and over things, keep repeating things, changing coverage from you to them, the choreography and rehearsing fight scenes—I don't want to say it's painful to me; it's just not something that I really enjoy doing.

"I have opportunities to act, but I don't. I tend not to choose to do them because I think the process is so hard. I just want to do stuff that I really enjoy doing. That's not saying that if a small part in this or that came up that I would be opposed to it. But me being the main guy in a movie, going through all that, that's not who I am."

He would find success outside of wrestling the same way he'd found it in the ring—by playing himself. Reality television was a better fit. There weren't nearly as many lines to memorize, marks to hit or weeks away from home. He just had to show up, be Stone Cold and cash checks.

"I was like, 'You know what, this is way more up your alley.' Because I guess I wasn't great at being a character in a movie," he said. "Stone Cold wasn't a character. It was me turned up high, so that wasn't a stretch. I'm able to enjoy performing and being a little bit more of myself not having to remember as much and not to have to go through all the beats and just kind of letting it fly."

Finding the podcasting world was even better. While he wasn't the first pro wrestler in the space, he was an early adopter. Over hundreds of episodes, he's built an enormous audience, keeping him connected with both his fans and the business he loves.

"My podcast is just me and a guest shooting the breeze, shooting the s--t," Austin said. "It's pretty loose. I wanted a way to maintain contact with my fanbase, to reach out to them and communicate, because they supported me throughout my career."

Austin's approach to journalism is simple.

"I'm like, 'OK, here are things I want to know.' I'll bet that's what anybody else would want to know too," he said. "Man, I'm trying. I always still figure I got a ways to go."

He's recently taken his newly developed journalism chops from audio to video, hosting an interview show where he spends the day with celebrities on USA Network. In November, he focused in on what he knows best: the wrestling industry and the legendary men who traveled the globe with him in the '90s.

Interviews with wrestlers out of character are nothing new, but Austin has an advantage few in the space can match. He's either been in the trenches with his subjects or they've grown up watching him perform. It gives him instant credibility and a nose for where the best tales lie—tall or otherwise.

"I don't want to blow my own horn, because there's so many people that are better at doing interviews than me," Austin said. "But I am Stone Cold Steve Austin. I have a lot in common with the guests that I've had on so far. When you run up down the road with somebody and you've been in the ring with them and you've worked with them, you sweated with them, maybe you bled with them, there's kind of a bond there.

"They call us sports entertainment these days, but it's professional wrestling to me, and it's a very close circle. So, I think there's a bond established from the get-go. That being said, you can't rely on that. You've got to have some type of chemistry and do your research and have your T's crossed and your I's dotted. There's a lot that goes into it." 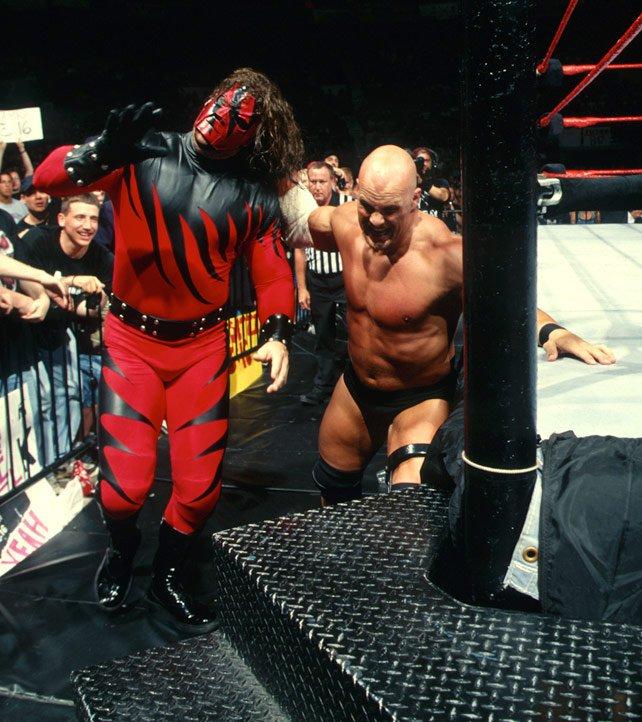 "He's a deep thinker, a forward thinker, and the guy who never just rushes to make a snap decision, who will take in all the information and kind of sit on it, and not give you a knee-jerk, but watch how things unfold and then make a decision. To me, he's one of the smartest guys I've talked to."

Now the mayor of Knox County, Tennessee, Glenn Jacobs spent most of his career hiding deep in character. If anyone can shine a light on the man underneath the mask, it's Austin, wrestling journalism's unlikely hero.

"I don't know if I consider myself a journalist. I don't consider myself a polished broadcaster. I don't even call myself a broadcaster. I have a podcast," Austin said with a laugh. "But 'The Broken Skull Sessions' has some of the biggest, best, most awesome superstars in the history of WWE. We've got a long ways to go, but man, coming out of the gate, we've had some good ones."