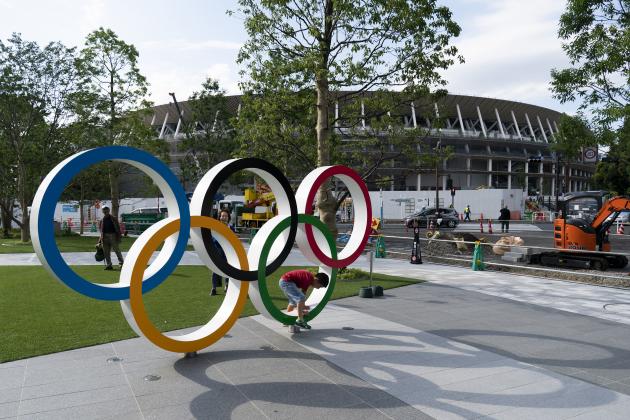 Olympians have plenty to bond over when they first meet in the Athletes Village for the Games.

From the pride of competing for one's country to the thrill of excelling at a sport at a nearly impossible level, these athletes can relate to each other in ways the general population can only dream of.

One thing the athletes probably weren't expecting to be part of their Olympic experience, however, is sleeping on cardboard beds.

According to Stephen Wade of the Associated Press, the bed frames in the Athletes Village at the 2020 Tokyo Olympics will be made of cardboard that can hold up to 440 pounds.

Wade provided a glance at what the beds will look like:

There will be 18,000 beds at Athletes Village for Tokyo Olympics—all made of cardboard frames. Organizers say will support 200 kilos, or 440 pounds. Olympics open July 24. pic.twitter.com/X9yauV1CrR

"They are stronger than wooden beds," Takashi Kitajima, the general manager of the Athletes Village, said.

The benefits go beyond the strength, as the frames will be recycled into paper products and the mattresses will be made into plastic products following the Games. The mattresses are not made of cardboard.

The Athletes Village will include 18,000 beds and 21 apartment towers.

That's a lot of cardboard.