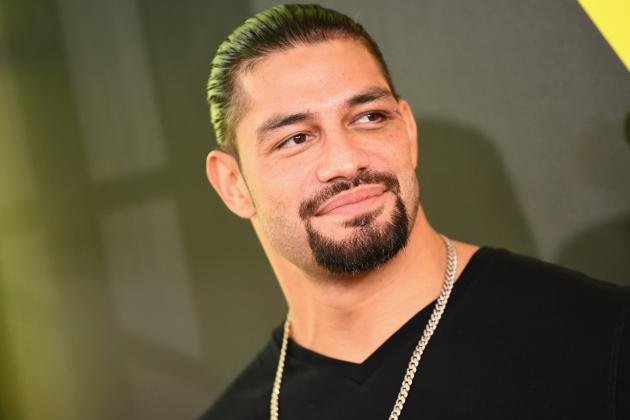 For several years, Roman Reigns was always in the main event scene of WWE's marquee pay-per-views, but 2019 was about his triumphant return after successful treatment for a second leukemia diagnosis.

This year will be all about The Big Dog and his return to the top of the card.

For most of 2019, Reigns was involved in secondary storylines that helped build him as one of the true babyfaces on the SmackDown brand. He feuded Shane McMahon following an attack on Vince McMahon, battled Daniel Bryan and Erick Rowan after several life-threatening attacks and challenged King Corbin with dog food as a cornerstone of the storyline.

To say the least, it's been an up-and-down year for Reigns, but it's time for The Big Dog to take back his yard. The road back to the main event scene starts at the 2020 Royal Rumble when he beats Brock Lesnar and the rest of the field to win the 30-man Battle Royal.

Vince McMahon and WWE Creative still want to portray Reigns as one of the biggest stars in the company, and he can only be out of the world title scene for so long. With The Big Dog walking out of the Royal Rumble with a guaranteed title shot, Bray Wyatt and The Fiend should be nervous.

The stage is set for Reigns vs. The Fiend to headline the blue brand's build to WrestleMania 36.

Wyatt has worked to shake the psyche of each of his opponents since debuting The Fiend gimmick, and the battle against Reigns should feature the universal champion using mind games to get under the skin of his opponent.

Once Reigns wins the Royal Rumble and chooses to fight for the Universal Championship at WrestleMania, The Fiend should begin unleashing his best scare tactics, just as he did against Finn Balor, Seth Rollins and Daniel Bryan.

Between the Royal Rumble and WrestleMania is Elimination Chamber in Philadelphia on March 8, which will likely see Wyatt forced to defend his world title. A clever change of pace for the six-man gimmick match would be to have Reigns volunteer to start No. 1 and eliminate everyone before Wyatt enters last.

Instead of it being The Fiend who arrives, though, it would be the Firefly Fun House version of Wyatt. Add in a video from The Fiend, and the champion stealing a win from Reigns on the road to WrestleMania would build to the singles match The Big Dog earned in the January Battle Royal.

In Tampa on April 5, Reigns is likely to be the first Superstar to truly overcome the odds presented by The Fiend and walk out victorious. While the WWE Universe will undoubtedly reject the idea of The Big Dog beating Wyatt, the company continues to show unwavering commitment to him.

Plus, The Fiend doesn't need the championship to be relevant. Add in the fact hardcore fans will embrace Wyatt even more after they feel he's been done wrong, and WWE will have its cake and eat it with Reigns at WrestleMania.

For more wrestling talk, listen to Ring Rust Radio for all of the hot topics or catch the latest episode in the player above (some language NSFW).