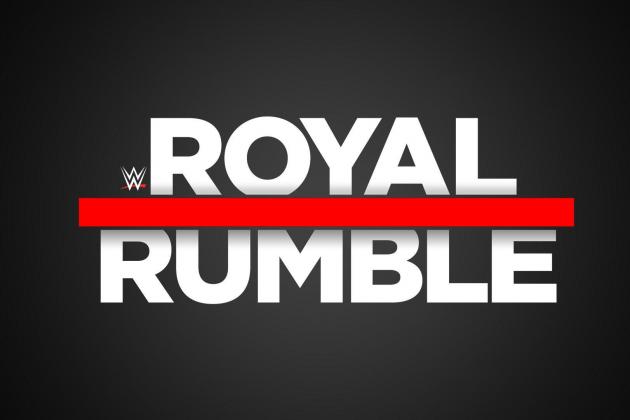 In terms of spectacle, WrestleMania is undoubtedly WWE's Super Bowl, and it will always be that way.

But while SummerSlam is the Biggest Party of the Summer and Survivor Series has a few months head start, Royal Rumble is a close No. 2 and arguably the best pay-per-view in the grand scheme of things.

Every card has the potential to be great or terrible depending on its lineup and execution, but the titular Battle Royal alone makes Royal Rumble worth getting invested in every January.

Here is why Royal Rumble has been and likely always will be WWE's greatest event.

The Big Four events have a certain magic around them, not just because of their age but also because fans know these shows often have the most important matches and segments.

Something like Stomping Grounds is considered a B-level event, as it is usually filled with rematches or less bombastic feuds, no major title changes and no extra flair. Even worse are shows like Smackville and Starrcade, which are partially televised house shows.

In comparison, based on its legacy, it is guaranteed something will happen at the Royal Rumble that will greatly influence the rest of the year.

Great performances can make someone's career. Even in losing, someone like Kane boosted his credibility in 2001 by setting a record for most eliminations, which stood for more than a decade.

The winners receive title shots at WrestleMania, which is what fans really sink their teeth into, as that makes Royal Rumble one of the most important matches to win.

Rarely does skipping an episode of Raw mean you missed out on history, but the same can't be said for the Royal Rumble.

Any given moment could be the most exciting period for WWE if an angle is hot, but the most reliable stretch of time to be invested in big payoffs is the Road to WrestleMania, and the Royal Rumble is the start of that.

It doesn't just kick things off with nothing, either.

By the end of the night, we're given a decent look at who the top male and female champions and their contenders will be. Things can change, but the puzzle pieces start coming together once the Royal Rumble victors are crowned.

This is arguably the best part of the journey, as everyone's speculation peaks and imaginations run wild with possible WrestleMania cards. Then disappointment sets in a few weeks later when WWE starts exposing how underdeveloped the rest of the card is.

When done well, WWE is able to cram a huge amount of feuds into each Royal Rumble with relative ease.

Storylines can end, which may happen with matches like Daniel Bryan vs. The Fiend for the Universal Championship if there is a definitive point to move on from.

In the Royal Rumble matches themselves, feuds can continue and be referenced by having two Superstars focused on each other amid the chaos surrounding them. People can eliminate their rivals, get screwed by the person they are feuding with and more.

New storylines can be created too. All it takes is for someone to get tossed over the top rope and hold a grudge that can carry into February and beyond.

Royal Rumble can almost be a reset that wipes the board clean and puts all the players on different paths for WrestleMania in one night.

Even if there is a clear favorite for the Royal Rumble, the event remains one of the most unpredictable shows of the year.

This year, we know Brock Lesnar will be the first entrant in the men's Rumble. But who will fill the other slots?

Every match has at least a few surprise entrants, be it a legend coming back, an injured Superstar returning to action, people coming in from outside WWE, NXT wrestlers and more.

Last year, who would have thought Nia Jax would attack R-Truth and take his spot in the men's match or that Kacy Catanzaro would save herself from elimination by flexing her Ninja Warrior skills like she did?

Big names are shockingly eliminated quicker than anticipated. Tag teams turn on each other.

Sometimes, the projected winners lose and everyone leaves stunned and exhausted from all the chaos.

Royal Rumble is a roller coaster ride from start to finish that is hypnotic in how much it rewards the audience.

Fans are engaged with the interactive element of the buzzer, which makes it fun to count down each new entrant. Twenty-eight times in each match, this drives up everyone's anticipation.

Every 90 seconds, there's the prize of a Superstar coming out. If you are underwhelmed, you don't have to wait long until the next one comes along to try to make up for that disappointment.

It is an instant gratification system; even during the waiting, there is action going on in the ring, with potential eliminations keeping the adrenaline going.

There is mystery to the unknown, the thrill of a lottery for what outcomes are to come and some big rewards whenever a happy surprise takes place.

Sometimes, less is more. Rather than get too convoluted with wacky gimmicks that make things harder to follow or need you to raise the suspension of disbelief, the Royal Rumble match is simple yet effective.

The rules are relatively straightforward: one Superstar enters every 90 seconds, 30 people will enter the ring and they are eliminated when they are tossed over the top rope and both of their feet hit the ground.

That's it. Sure, WWE does have window dressing and can make things more complicated from time to time, but it is basic enough that younger and older audiences alike, as well as hardcore and casual fans, can understand and get invested easily.

Even the title of the event is great in how straightforward it is. It has some pizazz but isn't trying too hard. It sounds classic but not old fashioned. It's generic but not bland like Vengeance or Payback.

For having the biggest gimmick match of the year, the pay-per-view isn't all that gimmicky and doesn't have to rely on flashy nonsense to be captivating.

Credit: WWE.com
This year is proof as WWE champion Brock Lesnar will be in the Royal Rumble match.

The simple formula of the Royal Rumble match was quickly hammered out and hasn't changed much over more than 30 years. However, there is always room for flexibility.

By now, we have likely seen everything WWE can think of for Hell in a Cell and even Money in the Bank, but Royal Rumble has undergone minor and major tweaks each passing year.

The time intervals have been bigger or smaller depending on how WWE wants to pace it. In 1995, it was only 60 seconds, but any given entrance, WWE could hold off more than 90 seconds or speed up the clock.

While 30 Superstars is the standard, it has consisted of anywhere between 20 in its 1988 debut and 50 in 2018's Greatest Royal Rumble.

People have gone all the way from the first entry spot to win it all and others have won from the last berth. Sometimes, one person gets on a roll and keeps the numbers small, while other events have 10 wrestlers in the ring before a single elimination takes place.

Despite being such an airtight formula, WWE is always finding loopholes and fun variations within the rules, which makes this match one of the most exciting and entertaining hours on the wrestling calendar.

Royal Rumble is a major event that simultaneously sets the tone for the rest of the year, kicks off the build to WrestleMania and offers a ton of fun along the way.

Anthony Mango is the owner of the wrestling website Smark Out Moment and the host of the podcast show Smack Talk on YouTube, iTunes and Stitcher. You can follow him on Facebook and elsewhere for more.