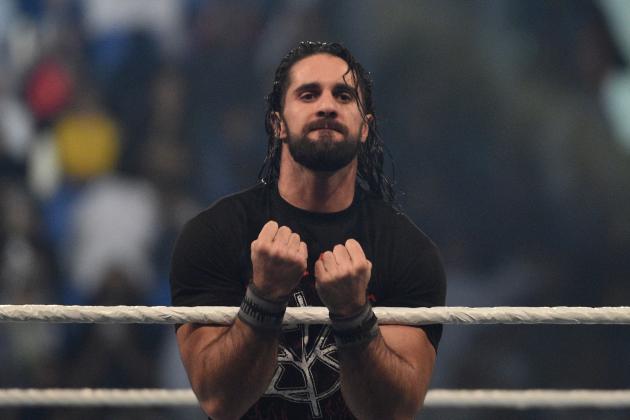 Monday's go-home episode of Raw prior to WWE TLC: Tables, Ladders & Chairs garnered an average of 2.150 million viewers over the course of its three-hour broadcast, according to ShowbuzzDaily (h/t Carlos Toro of Fightful).

That represented a decrease from last week's show, which drew 2.208 million viewers.

Aside from the final build toward TLC, the most newsworthy event from Monday's Raw was the cementing of Seth Rollins' heel turn. After attempting to convince Kevin Owens and the WWE Universe that he was not working with AOP, Rollins finally relented Monday.

Rollins orchestrated a brutal attack of KO backstage before cutting a passionate promo explaining his actions. Rollins claimed that the fans' negativity was a self-fulfilling prophecy and suggested that they didn't appreciate anything he attempted to do for them.

Given how stale things had gotten for Rollins as of late, the turn was much needed, and it should go a long way toward reestablishing him as a compelling character on the red brand.

Raw opened with Rusev and Lana officially signing their divorce papers. After a lengthy promo, Rusev agreed to sign in exchange for a match with Bobby Lashley at TLC, and they will face off in a tables match Sunday.

Other bouts set for TLC on Monday were Aleister Black vs. Buddy Murphy and a Tables, Ladders & Chairs match for the WWE Women's Tag Team Championships pitting Raw women's champion Becky Lynch and Charlotte Flair against Asuka and Kairi Sane.

After The Kabuki Warriors beat Charlotte in a handicap match last week, they lost to Becky by disqualification this week when they hit her with a chair and put her through a table. Lynch agreed to team with Charlotte in order to get back at them, but champions Asuka and Sane got the last laugh Monday when they jumped Flair.

The main event of Raw saw Rey Mysterio defend the United States Championship against AJ Styles. While Styles seemed destined to win, Randy Orton distracted him, which allowed Mysterio to roll him up for the win just before the show went off the air.

Although no match was announced for TLC, Styles vs. Orton seems like a possibility given their interactions over the past few weeks.

Next week's Raw will feature fallout from TLC, and it will also mark the official start of the road to Royal Rumble, which takes place January 27.