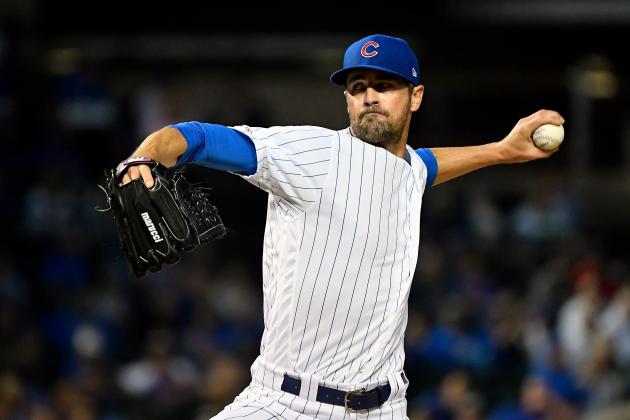 Mere weeks after winning their first-ever World Series championship, the Washington Nationals are now locked into a game of catch-up in their own division.

Wednesday has been a big day in the National League East, starting with the Atlanta Braves' one-year, $18 million deal with left-hander Cole Hamels:

And later with the Philadelphia Phillies' agreement with right-hander Zack Wheeler, which was first reported by Marc Carig of The Athletic.

According to Jeff Passan of ESPN, Wheeler's deal will pay out $118 million over five years:

Wheeler gets five years and $118 million.

Hamels, who'll turn 36 on December 27, is essentially sliding into the role Dallas Keuchel occupied with the Braves down the stretch of 2019: that of the veteran stabilizer in a predominantly young starting rotation.

Though it's been a while since he consistently pitched like a No. 1 starter, Hamels has done just fine in posting a 3.79 ERA in 332.1 innings with the Texas Rangers and Chicago Cubs over the last two seasons. So long as Mike Soroka, Mike Foltynewicz and Max Fried live up to their lofty upside, the Braves will gladly take more of the same from Hamels.

Between their deals with Hamels, Will Smith, Chris Martin, Travis d'Arnaud, Tyler Flowers, Nick Markakis and Darren O'Day, the Braves have already run up a $98.8 million tab (h/t Passan) in free agency. Clearly, they're serious about defending their back-to-back NL East titles. 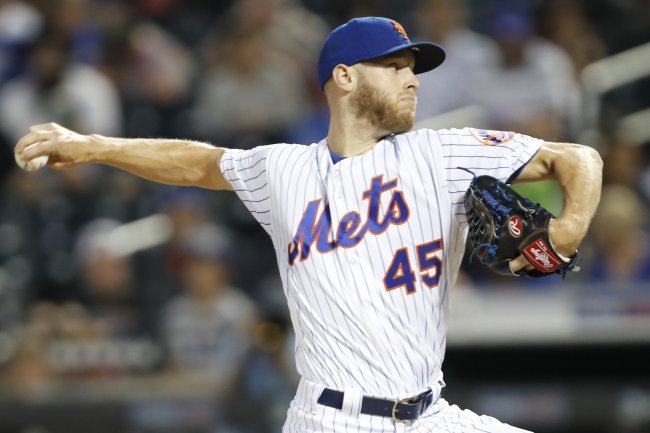 After five seasons with the New York Mets, Wheeler is no stranger to pitching in the NL East. Yet his career track record is marred by a two-season absence caused by Tommy John surgery as well as results that leave much to be desired.

This, to be sure, doesn't sound like a pitcher who's worth nine figures. Yet the Phillies are obviously banking on the notion that Wheeler might be worth every last penny.

If nothing else, Wheeler has electric raw stuff. His 96.7 mph average fastball ranked fourth among qualified starters in 2019. He also throws a slider, curveball, changeup and split-finger fastball, and he can be downright unhittable when he's making his pitches work together.

It's possible that there's still a gulf between the reality of Zack Wheeler and the potential of Zack Wheeler only because he hasn't settled on the right pitch mix. To wit, he may only need to ditch his sinker.

Whatever the case, the Phillies will need to succeed where the Mets failed—or, at least, could only go so far—with Wheeler. If they can't, they'll be paying $23.6 million per year for basically a mid-rotation starter.

For their part, Bryce Harper must live up to his own humongous contract, and fellow hitters J.T. Realmuto, Jean Segura and Rhys Hoskins must also do better than they did in 2019. And whether it's Jake Arrieta, Vince Velasquez or Zach Eflin, one or more starters must help Wheeler and Aaron Nola carry the club's rotation.

Given the kind of talent that's behind these names, however, there's surely a big reward to go with the risk the Phillies are taking on their roster. If the dominoes they've lined up all fall according to plan, their 2020 season could produce their first postseason berth since 2011.

Now that Wheeler is officially gone, there's a tangible hole in the Mets rotation in between aces Jacob deGrom, Noah Syndergaard and Marcus Stroman and capable lefty Steven Matz. They also have needs in a bullpen that posted only 1.0 wins above replacement and a center field spot that was worth 0.2 WAR in 2019, according to Baseball Reference.

As currently constructed, the Mets might be capable of rising to the level of the 86-76 record they achieved in 2019. But rising higher may be contingent on filling their needs, which is ultimately a question of how much more they want to spend. Presently, they're already projected to far exceed their 2019 expenditures next season.

Yet even more so than the Mets, it's the Nationals who should be feeling heat right now. 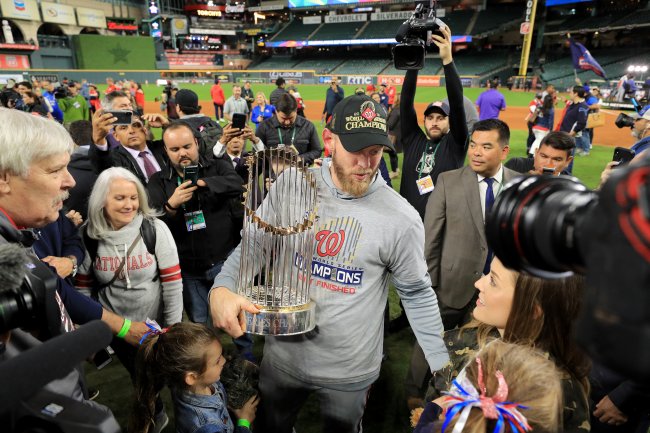 The Nationals would not have won the World Series without the heroics of Anthony Rendon, Stephen Strasburg and Howie Kendrick. Along the way, they also got help from players like Daniel Hudson, Ryan Zimmerman, Asdrubal Cabrera and Brian Dozier.

What these guys have in common right now is that they're all free agents. And while the Nationals have plenty of payroll flexibility to work with, it could cost them north of $400 million just to re-sign Rendon and Strasburg. They might have to choose between one or the other, or perhaps resign themselves to having to cut corners elsewhere after bringing back both.

To date, a two-year deal with Yan Gomes is the only move of consequence the Nats have made this winter. Until they fill out the rest of their roster, they're arguably the fourth-best team in the NL East ahead of only the lowly Miami Marlins.

The state of the Mets and Nationals may be part of the explanation why the Braves and Phillies have moved so aggressively. Now that they have, the NL East already looks a lot different from what it was at the end of the 2019 season.