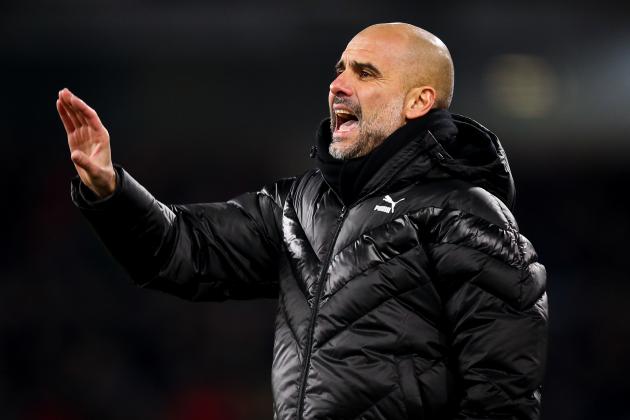 Guardiola was asked about the Reds playing as many as 10 times this month, following City's 4-1 win away to Burnley on Tuesday, per Caoimhe O'Neill of the Liverpool Echo: "Last year we played 10 games more than Liverpool so don't worry, they are in debit. It's what it is, it's a crazy month month in December, but no problem, we are going to try."

Liverpool's run of fixtures in December will also take in the UEFA Champions League holders' participation in the FIFA Club World Cup in Qatar. The Reds also have to negotiate a Carabao Cup quarter-final tie against Aston Villa on Tuesday, December 17, as well as a Champions League group game against FC Salzburg, with qualification for the last 16 still on the line.

By contrast, City will be in action seven times, including Carabao Cup and Champions League duty against Oxford United and Dinamo Zagreb, respectively. Before then, a derby against local rivals Manchester United awaits on Saturday, while games against Arsenal, Leicester, Wolves and Sheffield United also need to be played.

City look to have a slight edge, at least on the surface, especially after cutting the gap at the top to eight points by winning at Turf Moor.

However, Guardiola was quick to rule his team out of the title picture given the gap to Liverpool, per the Guardian's Jamie Jackson. The difference in points isn't the only thing stacked against the Citizens entering a significant part of the season.

A lengthy injury list is also hampering a squad deep and talented enough to win the league, FA Cup and Carabao Cup during the 2018-19 campaign. Centre-back Aymeric Laporte, left-back Oleksandr Zinchenko, winger Leroy Sane and striker Sergio Aguero are among the high-profile absentees Guardiola has had to deal with.

City's injury problems are the main reason Guardiola and Co. are adrift in the title scrap, but Liverpool have fitness woes of their own. Specifically, key holding midfielder Fabinho won't be involved again until 2020 while he gets over an ankle injury, according to James Carroll of the club's official website.

😳 Pep Guardiola is not impressed with journalists questions on his team selection. pic.twitter.com/YwsGt93EpY

Klopp will need to proceed with caution to keep his standout players fresh for the important fixtures.

While Guardiola feels the Reds don't merit sympathy for what could be called a "champagne problem" for a team in the box-seat in the title race, there is no denying how Liverpool navigate December will define not only their fortunes, but also those of their nearest rivals, including the Citizens.