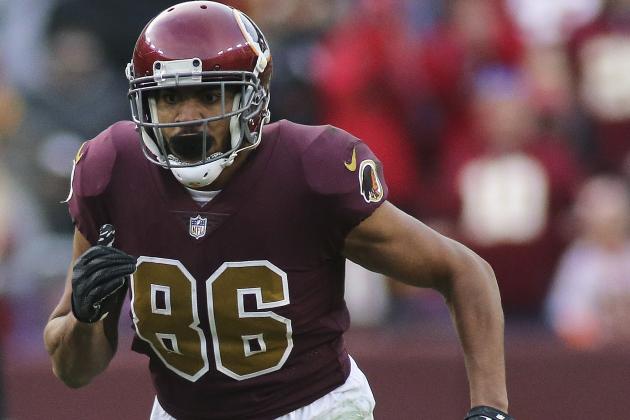 During a preseason game against the Atlanta Falcons in August, Reed suffered his seventh documented concussion in college and the NFL. He's missed each of the Redskins' five regular-season games.

In September, ESPN's Adam Schefter reported Reed's career was in jeopardy and that some within the organization thought he may never play again.

The 29-year-old Reed is in his seventh NFL season. While he has been productive at times, he has also been limited by injuries both related and unrelated to concussions.

Reed has never appeared in more than 14 games in a season, and he has played just 65 of a possible 101 games during his career.

The 2013 third-round pick out of Florida was a 2016 Pro Bowler, and his best statistical season came in 2015 when he finished with 87 receptions for 952 yards and 11 touchdowns. He otherwise hasn't come close to touching those numbers.

Reasons why Jordan Reed is a #ProBowl TE: https://t.co/clonKiRzSy

With Reed on the shelf, veteran Vernon Davis and Jeremy Sprinkle have been the Redskins' top options at tight end, though Davis missed last weekend's game with a concussion.

Davis has 10 receptions for 123 yards and one touchdown, while Sprinkle has seven grabs for 75 yards.

Washington will look to pick up its first victory of the season Sunday when it visits the 0-4 Miami Dolphins.