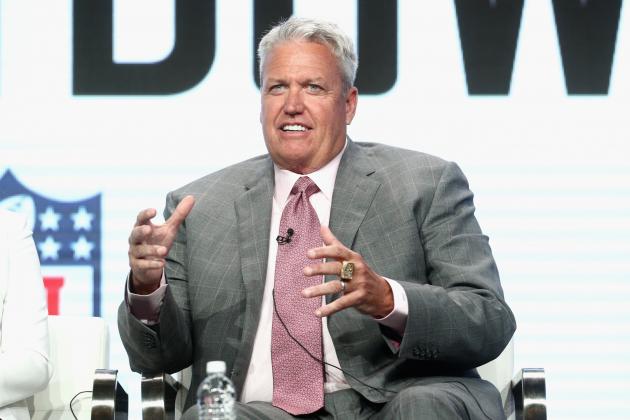 The Washington Redskins are 0-5 and have been trapped in a pit of mediocrity since Dan Snyder became the owner, but Rex Ryan doesn't think the team will have a hard time finding a replacement for Jay Gruden.

Appearing on ESPN's First Take on Monday, Ryan said he'd take the Redskins' coaching job and that "people are going to be lined up for this job" (h/t Pro Football Talk's Michael David Smith).

Washington fired Gruden on Monday following a 33-7 defeat to the New England Patriots, which means the franchise will be on its eighth full-time head coach since Snyder purchased the team in 1999. Washington has also made five playoff appearances during that time.

If all 32 NFL jobs suddenly came open, the Redskins would be at or near the bottom of the list of coaching vacancies. At the end of the day, Snyder is the one constant behind the team's failure to maintain a winning record for more than a season or two.

Bigger picture? Here is the resume of owner Dan Snyder since he bought the team:

Having said that, Ryan alluded to a fact that's undeniable: Even the worst NFL head-coaching opportunity will be highly valued by aspiring assistants, coordinators and former head coaches. The Redskins probably won't have their pick of the top candidates, but they'll have plenty of people interested.

Marvin Lewis was two years removed from collecting a Super Bowl ring as the Baltimore Ravens' defensive coordinator when he joined the previously moribund Cincinnati Bengals in 2003.

Upon taking over as the head coach of the previously 0-16 Detroit Lions in 2009, Jim Schwartz told reporters he didn't "shy away from a challenge." Aspiring coaches could apply that same mindset to the Redskins.

As to Ryan's suitability in the nation's capital, nobody would put it past Snyder to give him a third shot. But Ryan's days as an NFL head coach are likely over. The 56-year-old didn't even last two full years with the Buffalo Bills, who fired him with one week left in the 2016 season.