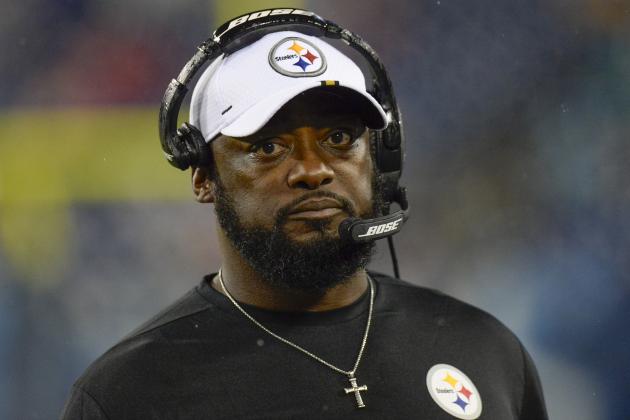 Despite rumored interest from the Washington Redskins, Mike Tomlin said he is focused on his job as head coach of the Pittsburgh Steelers.

Per Alex Kozora of Steelers Depot, Tomlin addressed the Washington rumor as he gets his team ready for Sunday's game against the Los Angeles Chargers.

"Guys, I'm the head coach of a 1-4 football team going on the road to play a Hall of Fame quarterback with my third-string QB," he said. "You think I'm worried about anything this week other than that?"

Washington is in the market for a full-time head coach after firing Jay Gruden on Monday following an 0-5 start. Bill Callahan, who has been the offensive line coach since 2015 and assistant head coach since 2017, replaced Gruden on an interim basis.

CBS Sports' Jason La Canfora added Snyder's "primary objective ... will be to find a way to acquire Mike Tomlin from the Steelers."

Pittsburgh gave Tomlin a one-year extension in July, keeping him under contract through 2021.

If the Steelers want compensation to allow Tomlin to move on, Washington could work out a deal for the 47-year-old.

The last NFL head coach to be involved in a trade was Herm Edwards in 2006. He was released from the final two years of his contract with the New York Jets to go to the Chiefs in exchange for a fourth-round pick.

Tomlin has been the Steelers' head coach since 2007. He's 126-70-1 with eight playoff appearances, two AFC championships and one Super Bowl title, in 2008.