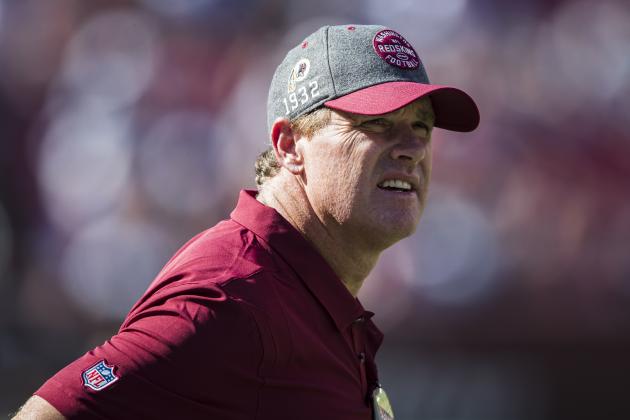 The Washington Redskins declined to comment Friday when asked by NBC Sports Washington's JP Finlay for a response to a video circulating online showing someone who appears to be Washington head coach Jay Gruden smoking marijuana.

If it is Gruden, it won't help an already rocky situation in D.C.

Washington is off to an 0-4 start for the first time since 2001. Gruden was linked to a separate rumor earlier Friday when the Washington Post's Les Carpenter reported he wasn't in favor of drafting rookie quarterback Dwayne Haskins, who "has sensed that to be the case."

"It's insane to think I would hold a grudge against Dwayne," Gruden said, per ESPN's John Keim.

Gruden also addressed comments by ESPN's Stephen A. Smith, who said that the sixth-year coach's time in Washington will likely soon be up and that he has "quit" on the team:

"I heard about that one. That one is far from the truth. Those are fighting words for me. That's one thing I will never do or have done in my life. I work extremely hard, getting up early as hell and working late and doing the best I can to get ourselves a victory this week. I have a lot of respect for everyone in this locker room and the last thing I would do to these players is quit on them because I know they're not going to quit on me."