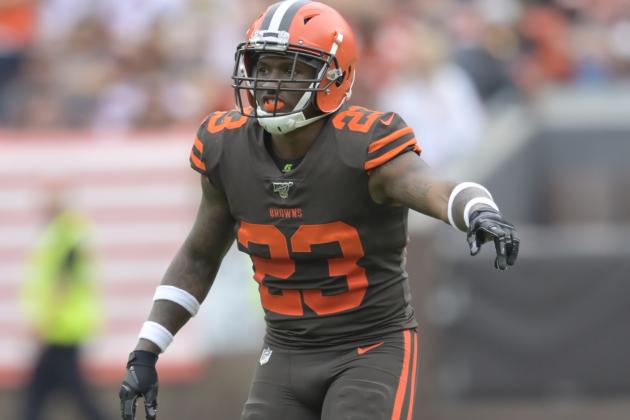 According to Cleveland.com's Mary Kay Cabot, Randall said he "hates" Williams and wouldn't have stuck around had the Browns given him the head coaching job during the offseason: "I don't got no love for him at all. I'm happy he didn't get the job here. Because if Gregg would've gotten the job here, I would've requested a trade immediately."

The Browns are set to face Williams and the Jets on Monday Night Football, and Randall noted that there will be "no love" because he has "never been a fan" of Williams.

When asked about what caused Randall's dislike for Williams, he would only say, "Nothing has to be said. Me and him know what it is. It is what it is."

The Browns acquired Randall from the Green Bay Packers prior to last season, and Williams began the 2018 campaign as Cleveland's defensive coordinator. After Hue Jackson was ousted as head coach, Williams took over on an interim basis and went 5-3.

Williams was in the running to be named Cleveland's new head coach, but the Browns went with Freddie Kitchens instead.

With regard to Beckham's allegations that Williams teaches his players injure the opposition, Williams said, "We don't do that. Never done that anywhere I've been," per ESPN's Rich Cimini.

OBJ's accusations were born from the fact that he suffered an ankle injury on a low hit by Browns defensive back Briean Boddy-Calhoun during a 2017 preseason game. At the time, Beckham was playing for the New York Giants and Williams was Cleveland's defensive coordinator.

In 2012, the NFL suspended Williams for running a bounty program during his time as the New Orleans Saints' defensive coordinator.

Meanwhile, Randall and the Cleveland defense will go up against a Jets offense led by quarterback Trevor Siemian since starting signal-caller Sam Darnold is out with mono.