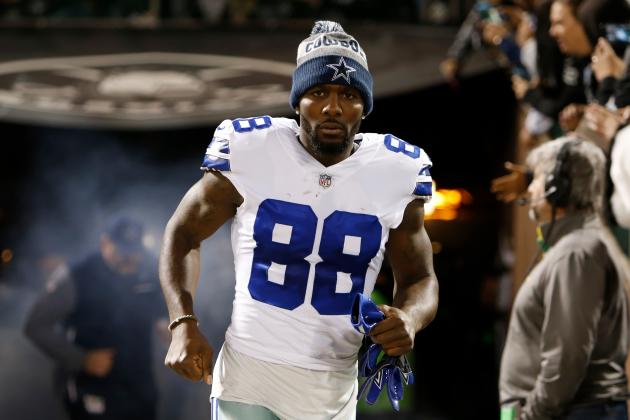 Free-agent wideout Dez Bryant was among those critical of Tim Tebow after the former Heisman Trophy winner spoke out against a bill in California that would open the door for NCAA student-athletes in the state to receive compensation for their names, images and likenesses.

During an appearance on First Take, Tebow said he was aware of his broad popularity during his college career at Florida but that he remained content not to receive any compensation. He added the push to pay student-athletes was "adding and piling it on" to what he described as a "selfish culture."

.@TimTebow passionately expresses his thoughts on the California Senate passing a bill allowing student-athletes to have endorsements. pic.twitter.com/W5uBW7ePNm

You can still be about school team and pride and still get ya money! #Tim my guy but I’m not with him on this one. I’ve played in front of Thousands and the day after talk to my mom who was afraid she wouldn’t make rent https://t.co/I3BSGtts45

The California State Senate passed SB 206 by a 39-0 margin Wednesday after the State Assembly previously voted 73-0 in favor of the measure. Known as the Fair Pay to Play Act, the bill headed to the office of Gov. Gavin Newsom for final approval.

The legislation would go into effect Jan. 1, 2023 and allow for student-athletes at California universities to earn money for the use of their names, images and likenesses.

The NCAA wrote a letter to Newsom asking him to veto the bill and said California schools wouldn't be able to participate in NCAA events if SB 206 is signed into law.