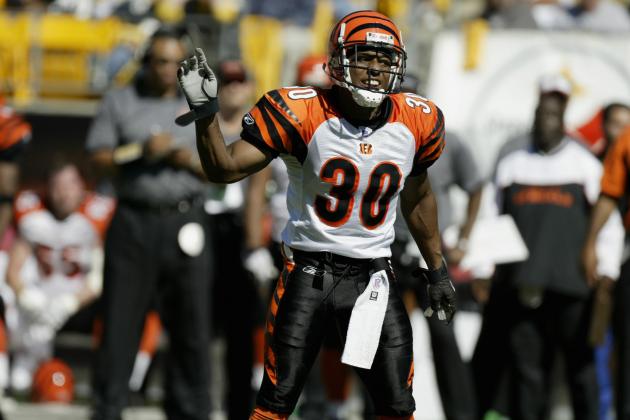 Former Cincinnati Bengals defensive back Terrell Roberts, 38, was shot and killed Wednesday in Richmond, California, his family confirmed to KPIX 5 in San Francisco.

Richmond Police Sgt. Enrik Melgoza confirmed to CNN's Harmeet Kaur and Stella Chan that a man entered the house and eyewitnesses saw Roberts "stumble into the backyard after a 'disturbance' in the garage." Officers reported to the scene and found he had been shot in the chest.

The suspect fled before authorities could identify or apprehend him.

KPIX reported Roberts was visiting his grandmother at the time of the shooting.

A native of Berkeley, California, Roberts attended Oregon State before signing with the Bengals as an undrafted free agent in 2003. He appeared in 23 games for Cincinnati between the 2003 and 2004 seasons.

We'd like to send you the most entertaining Cincinnati Bengals articles, videos, and podcasts from around the web.