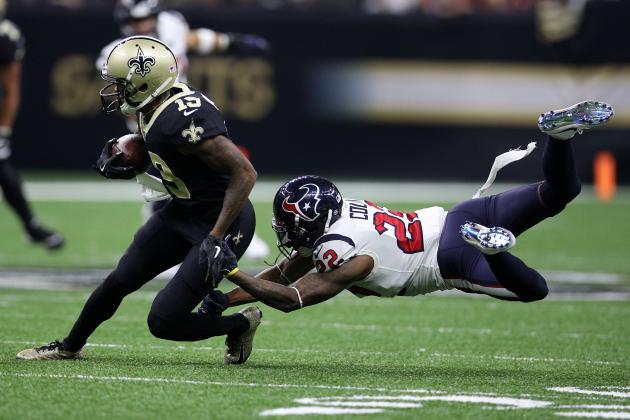 Colvin was released by the Houston Texans on Tuesday after struggling in Houston's 30-28 loss to the New Orleans Saints on Monday Night Football.

Colvin spent the first four seasons of his NFL career with the Jacksonville Jaguars before signing a four-year, $34 million deal with the Texans last year.

The 27-year-old Colvin started two of the 10 games he appeared in last season, finishing with 29 tackles, one pass defended and no interceptions. Colvin has never intercepted a pass in 59 regular-season NFL games, although he does have one playoff interception to his credit.

Colvin, who was a fourth-round draft pick out of Oklahoma in 2014, enjoyed his best season in 2015 when he registered 73 tackles and seven pass breakups in 15 starts for the Jags.

The Redskins were torched by Philadelphia Eagles quarterback Carson Wentz in Week 1, as he threw for 313 yards and three touchdowns, including a pair of 50-plus-yarders to wide receiver DeSean Jackson.