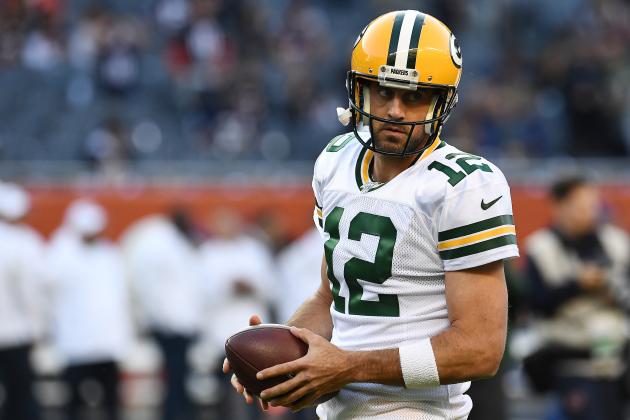 Green Bay Packers quarterback Aaron Rodgers may wear a wristband with a list of plays for the first time in his NFL career Sunday for the team's Week 2 game against the Minnesota Vikings in an effort to increase the offense's pace.

Rodgers, who practiced with a wristband Friday, said Wednesday the ample verbiage involved with the play calls by head coach Matt LaFleur is a factor in getting out of the huddle, per ESPN's Rob Demovsky.

"We do have some long calls in the plan—that's just the way the offense is," he said. "There's a number of checks for different plays. It's getting that call in and repeating it and going out there and trying to execute as quickly as possible."

LaFleur wouldn't confirm whether the two-time NFL MVP would wear a wristband in the game, but admitted it could make their in-game communication easier.

"It gets [the play] out of my mouth a lot faster, I'll tell you that much," he said. "So yeah, maybe it helps me get him the play a little bit quicker."

The Packers ran just 57 offensive plays in a 10-3 victory over the rival Chicago Bears in Week 1. They averaged 64.1 plays during the 2018 season, the eighth-highest total in the league, per TeamRankings.

LaFleur was hired as the new Packers head coach in January after Mike McCarthy, who'd led the franchise since Rodgers' second season, was fired late in the 2018 season.