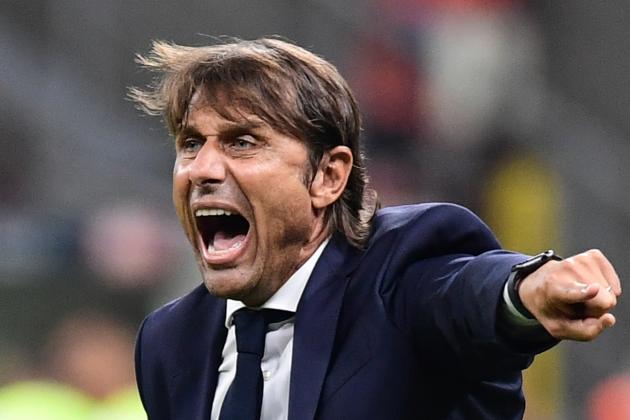 Alexis Sanchez will have the help and support of Antonio Conte during his bid to get his club career back on track after leaving Manchester United to move to Inter Milan on loan.

Inter boss Conte discussed Sanchez's potential to make the grade during his second spell in Serie A, per Goal's Jamie Smith: "Sanchez is a strong player, he has shown in the past the quality that he possesses. We need to help him recapture the form that he lost at Manchester United. He has to adapt to our game and that is what he is doing."

Sanchez joined the Nerazzurri for the rest of the season late on during the European summer transfer window earlier this month. It brought to an end, temporarily at least, a miserable spell in the red half of Manchester that began in the winter of 2018.

United acquired Sanchez from Premier League rivals Arsenal with Henrikh Mkhitaryan going the other way. The latter also didn't thrive after the switch and took a similar escape route to Italy, joining AS Roma on loan.

Mkhitaryan floundered with the Gunners, but he had also been struggling in a United shirt. By contrast, Sanchez had been one of the best players in England's top flight during his three-and-a-half seasons in north London.

His goals, pace and flair lifted Arsenal to a pair of FA Cup triumphs over Aston Villa and Chelsea in 2015 and 2017. Sanchez scored in both finals and was the undisputed attacking talisman of a team otherwise undermined by defensive frailties and injuries in midfield.

However, the Chilean rarely came close to recapturing the same magic at Old Trafford:

Numbers like those made it essential for United to offload the club's highest earner and biggest under-performer. Even so, there has to be an element of regret among those connected to the Red Devils they were never able to unlock the match-winning star power Sanchez had consistently shown for the Gunners.

Jose Mourinho, who occupied the United dugout at the time of Sanchez's arrival in Manchester, has suggested he was perhaps "not capable to get into him and to get the best out of him," per Sam Wallace of The Daily Telegraph.

Mourinho noted how Sanchez rarely appeared happy, something making a return to Italy a smart career move for the 30-year-old. The forward built his reputation among Europe's elite as a star for Udinese, eventually earning a move to Barcelona in 2011.

During the same time Sanchez also became the marquee presence for his country. It's a role he still merits, despite his lacklustre displays for United:

Mins per goal contribution for Chile at the #CopaAmerica -- 5⃣9⃣

Ironically, Sanchez could make his Inter debut against Udinese at the San Siro on Saturday.

Sanchez's ongoing brilliance for Chile, combined with another tour in a division he once bossed as a younger player, should add up to some special performances for Inter. It will help to play alongside Romelu Lukaku, who also left United for Inter, albeit on a permanent deal, this summer.

Conte has saluted Lukaku as a "true team player," per Smith, and Belgium manager Roberto Martinez has noticed the positive difference in the centre-forward since he became a member of the Nerazzurri:

Sanchez routinely tormented Conte's Chelsea teams, but if the Italian can foster a prolific partnership between his two United imports Inter will have the ammunition needed to unseat division kingpin Juventus.

We'd like to send you the most entertaining Inter Milan articles, videos, and podcasts from around the web.