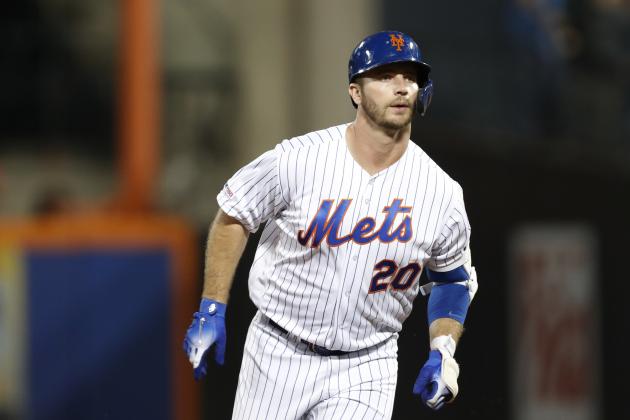 While hockey players often grow out their facial hair for good luck during the most important time of the season, Alonso did quite the opposite in Thursday's 11-1 win over the Arizona Diamondbacks. As ESPN.com noted, he shaved his mustache during the game after he struck out twice and reached base because of an error in his first three at-bats.

"I had very terrible at-bats before," Alonso said. "And so I'm like, 'All right, mustache needs to go.' Simple as that."

It won't make the next Gillette commercial because Alonso struck out and grounded out after shaving. He is hitless in his past 13 at-bats, so it may take more than shaving to turn things around.

Fortunately for the slugging rookie, his Mets still completed the four-game sweep of Arizona. New York is now just two games behind the Chicago Cubs and Milwaukee Brewers for the final National League wild-card spot.

If it continues to play well and makes the postseason, Alonso may need to grow a playoff beard that can't be easily shaved in between at-bats.