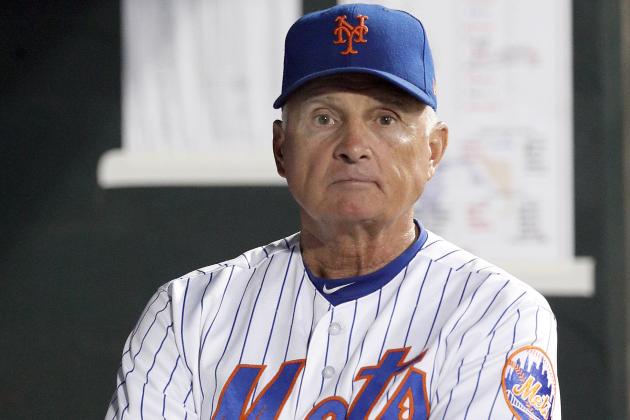 Former New York Mets manager Terry Collins is set to return to the organization as a senior adviser for player personnel, according to Joel Sherman of the New York Post.

Collins managed the Mets from 2011-17 before moving to the front office as a special assistant to the general manager. He joined Fox as a studio analyst at the start of the 2019 season.

The 70-year-old ranks second in Mets history with 551 wins and won the National League pennant in 2015.

Though he retired as a manager in 2017, he has indicated his interest in remaining involved in the game.

"Oh, I miss it a lot. I miss the game a lot," Collins said in April, per Lindsay Kramer of Syracuse.com. "I don’t miss a lot of the other things that go with managing. The travel is getting tough. But at 7:05, you miss that competitive [feeling]. The juices to go out and watch the best players in the world play and try to win baseball games is what the fun part was."

Collins, with 13 years of experience as a major league manager, will now get a chance to help the Mets and general manager Brodie Van Wagenen, who is in his first year on the job after working as an agent.

New York entered Wednesday 74-70 and three games out of the second wild-card spot.