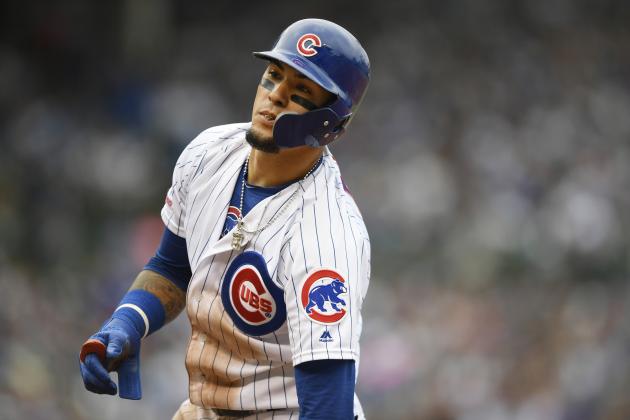 The Chicago Cubs will likely be without shortstop Javier Baez for the rest of the regular season.

According to Gordon Wittenmyer of the Chicago Sun-Times, Baez is "unlikely" to play in September after suffering a fractured thumb. Wittenmyer noted a specialist confirmed the injury but discovered there was no ligament damage.

The hope is he can play in October should the Cubs advance to the playoffs.

Addison Russell would typically be the next shortstop with Baez sidelined, but he is under concussion protocol, per Zach Zaidman of the Cubs Radio Network. That leaves highly regarded prospect Nico Hoerner, who is in the starting lineup for Monday's game against the San Diego Padres.