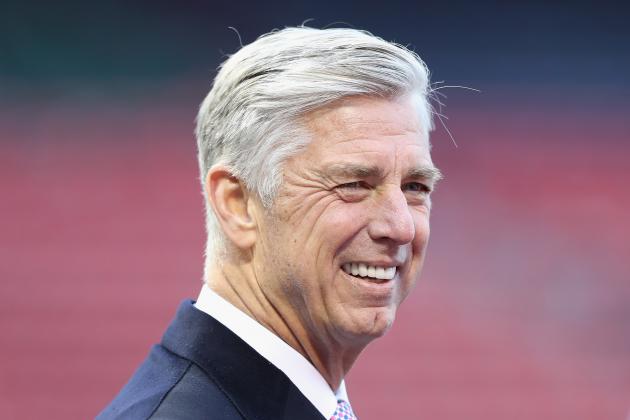 Though the Boston Red Sox firing president of baseball operations Dave Dombrowski Monday was a surprise from the outside, it reportedly came after tensions within the organization.

According to Evan Drellich of The Athletic, Dombrowski had asked for an extension multiple times since winning the World Series last October but was turned down. The 63-year-old also had to push ownership for an extension for pitcher Chris Sale, which he "did not handle smoothly."

"There were many days when functionality inside the Red Sox front office felt like a minor miracle to the people around him," Drellich wrote.

The veteran executive joined the Red Sox in August of 2015 as the Red Sox were completing their second straight last place finish. The team won the AL East the next three years under Dombrowski's leadership, culminating in a World Series title in 2018.

"Dave will hold a special place in franchise history as a key architect of one of the greatest Red Sox teams ever assembled," team chairman Tom Werner said. "His willingness to make bold moves helped deliver our fourth World Series Championship in the 21st century."

Despite the success, the Red Sox were unwilling to commit to Dombrowski for the long-term.

At 76-67, Boston is set to miss the playoffs this year for the first time in four seasons while the team's future also remains in question.

According to Alex Speier of the Boston Globe, the lack of contract flexibility will prevent the squad from keeping both Mookie Betts and J.D. Martinez going forward. The team is also spending big money on Chris Sale and David Price, neither of which pitched like aces in 2019.

The Red Sox were apparently uneasy about the situation dating back to the offseason when they turned down Dombrowski's extension requests, and they have now decided to move on from him altogether.