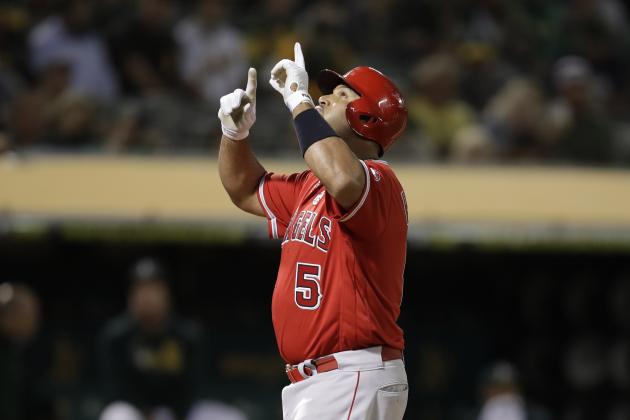 Veteran hitters could be the top difference-makers off the fantasy baseball waiver wire in the coming weeks.

The combination of low ownership percentages and recent form at the dish should have fantasy players going after the likes of Albert Pujols and Dexter Fowler.

Finding reliable hurlers might be more difficult, but there are some available if you take a deep dive into the waiver pool. 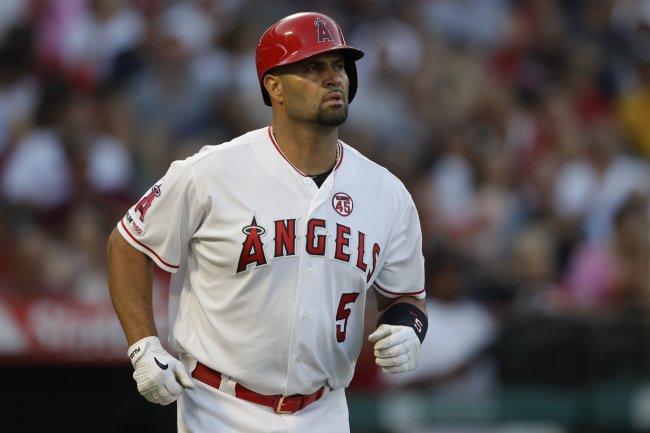 Pujols has reached base by way of a base knock in all but one of his September games.

The 39-year-old first baseman has 11 hits in seven contests dating back to August 30. During that span, Pujols brought in eight runs, including three in each of his final two August meetings with the Boston Red Sox.

Pujols is owned in 17 percent of ESPN leagues and 11 percent of Yahoo competitions, per Fantasy Pros, so there is a strong chance you can add him from waivers.

Some might worry about Pujols' upcoming schedule, with the Cleveland Indians and Tampa Bay Rays coming to Angel Stadium, but a handful of his recent success occurred against the Oakland A's and Boston. 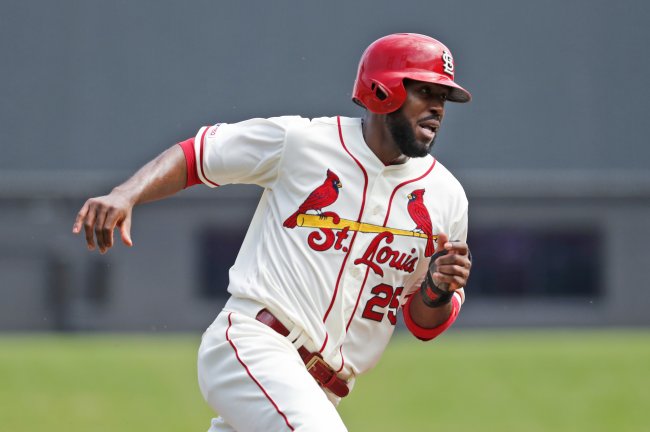 Fowler is an intriguing pickup because of his recent form and the St. Louis Cardinals' upcoming trip to Coors Field.

The outfielder has a base knock in four of his past five contests, and he recorded three multi-hit games on the road in August.

Although Fowler's overall numbers are better at Busch Stadium, the recent production on his travels should be a positive sign heading into Colorado.

Following the three-game set with the Rockies, the Cardinals return home to face the Milwaukee Brewers and Washington Nationals.

Fowler reached base in all three of St. Louis' matchups with the Brewers in mid-August and picked up two hits at Miller Park in the most recent series between the National League Central rivals.

If the 33-year-old is able to extend that form into the weekend series versus Milwaukee, he could be a solid addition for the next week.

Just like Pujols, Fowler is available in most leagues, as he is owned in 10 percent and 8 percent of Yahoo and ESPN sides, respectively. 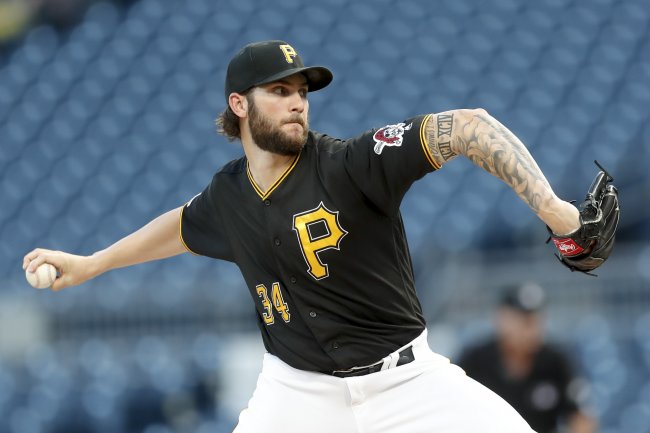 Trevor Williams has conceded five earned runs in his past three starts for the Pittsburgh Pirates.

In his previous outing versus the Miami Marlins, Williams struck out six batters while scattering seven hits over six innings.

The 27-year-old will look for his fourth straight quality start Monday at Oracle Park, where he will oppose the San Francisco Giants' Madison Bumgarner.

Williams' ability to go deep in games, even at Coors Field, is impressive, and he is worth a look with a pair of projected starts in the next week.

Later in the week, the Pittsburgh Pirates face the Chicago Cubs, who rocked Williams for 13 earned runs in back-to-back starts in July.

Although those numbers are concerning, it is worth riding the hot hand, especially with a favorable matchup to begin the week.

Twenty-three percent of Yahoo teams and 16 percent of ESPN squads have Williams, and that figure should rise a bit if he replicates his past three outings in San Francisco.