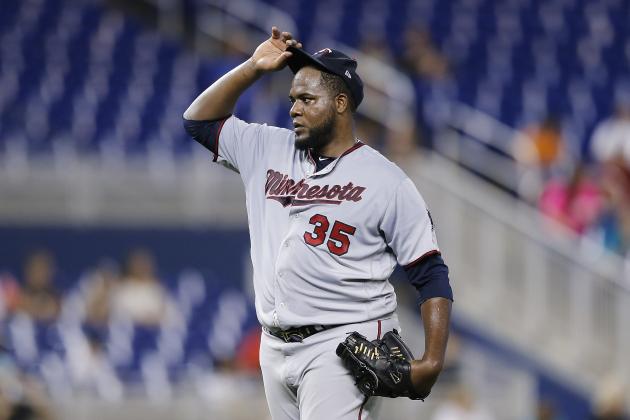 MLB.com's Do-Hyoung Park reported Pineda tested positive for hydrochlorothiazide. ESPN's Jeff Passan added that MLB originally levied an 80-game suspension on the veteran right-hander but reduced the punishment to 60 games, "as a compelling case was made that a banned diuretic he used was not a masking agent for PEDs."

The MLB Players Association released a statement from Pineda, who said he "mistakenly took a medication that was given to me by a close acquaintance, who obtained it over-the-counter and assured me it would safely help me manage my weight." He added the Twins didn't sign off on his using the banned substance:

The suspension came at a terrible time for Minnesota, which leads the American League Central by 5.5 games.

His absence will likely be felt much more when the playoffs arrive in October. Pineda has been Minnesota's best starting pitcher since turning his year around.

Offensively, the Twins stack up well against anybody. They set the single-season record for home runs last Saturday.

But the cliche about good pitching beating good hitting often holds up in the postseason. A starting rotation built around Jose Berrios, Martin Perez and Jake Odorizzi will be a big question mark assuming Minnesota makes the playoffs.

We'd like to send you the most entertaining Minnesota Twins articles, videos, and podcasts from around the web.